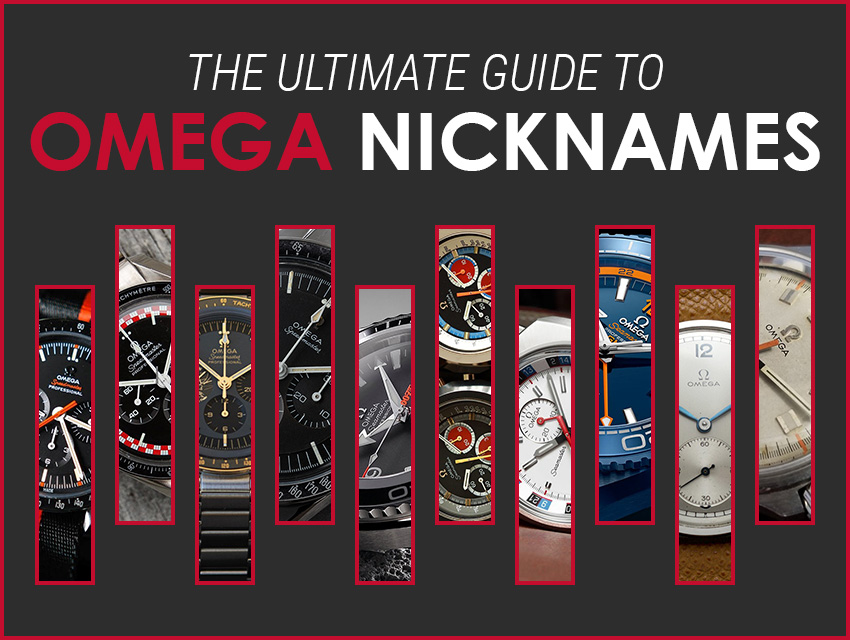 In the watch-collecting community, it is common to hear plenty of nicknames when referring to specific models. After all, it is much easier to remember a catchy nickname than the long string of digits that make up the official reference number of a watch. Although some watch enthusiasts object to the use of nicknames, it is a widespread practice that is here to stay. We have covered the vast world of Rolex nicknames before, so now it’s Omega’s turn. From the “Speedy” to the “Big Blue” to the “Tintin” and so many others, here’s your ultimate guide to Omega watch nicknames.

The “Speedy” nickname refers to any Omega Speedmaster chronograph. There’s not much else to say about this one, so we thought we’d get it out of the way first! 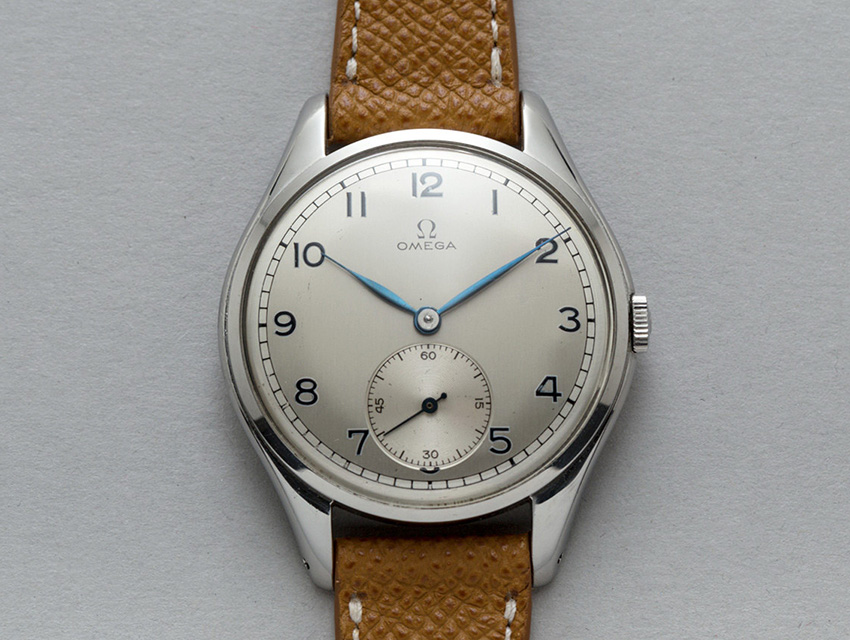 In 1962, Walter “Wally” Schirra wore his personal Omega Speedmaster ref. CK 2998 during the Sigma 7 space mission, thereby cementing the CK 2998 as the First Omega in Space (FOIS). As a result, the Speedmaster ref. CK 2998 typically goes by the nickname “FOIS” or “Wally Schirra.” Since 2012, Omega has been regularly releasing special edition Speedmaster “FOIS” watches in honor of the maiden model. 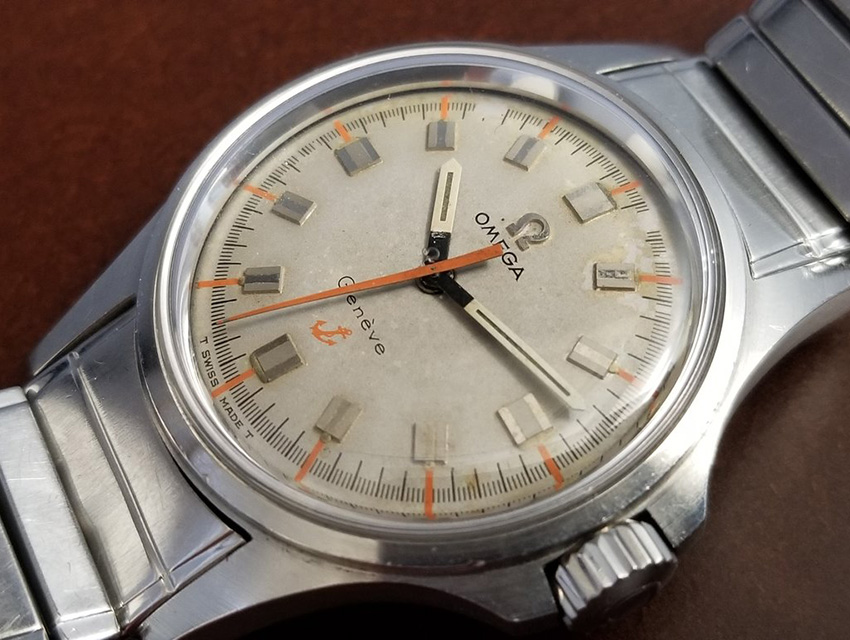 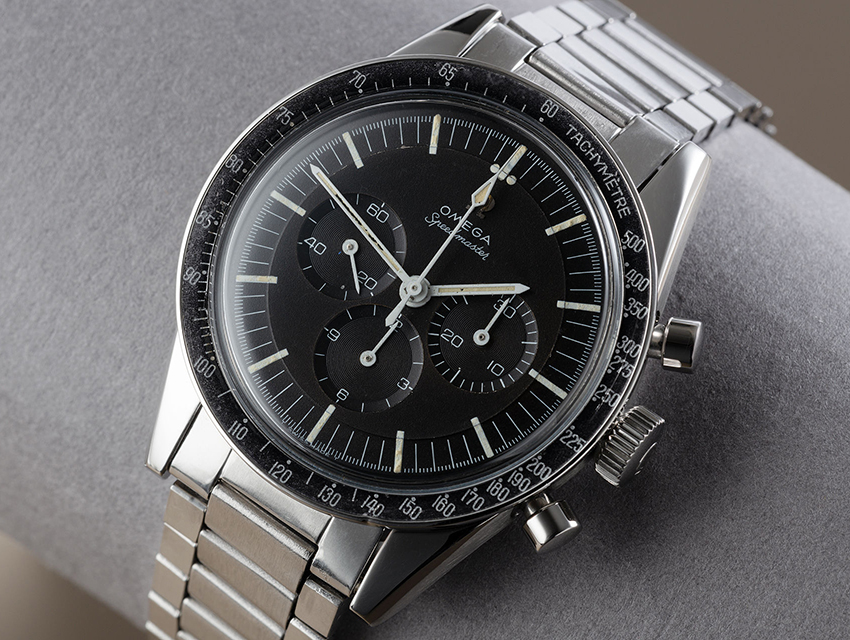 When Omega introduced the Speedmaster chronograph in 1957, the watch was positioned as a watch for motorsports. However, in 1969, the Speedmaster Professional became the first watch to journey to the moon as NASA-qualified watches issued to Neil Armstrong, Buzz Aldrin, and Michael Collins. When Buzz Aldrin took his steps on the moon, he was wearing a Speedmaster strapped around his spacesuit. Since that historic lunar landing, the Omega Speedmaster became known as the “Moonwatch”. In fact, Omega officially uses the name “Moonwatch” for certain (but not all) Speedmaster Professional models. 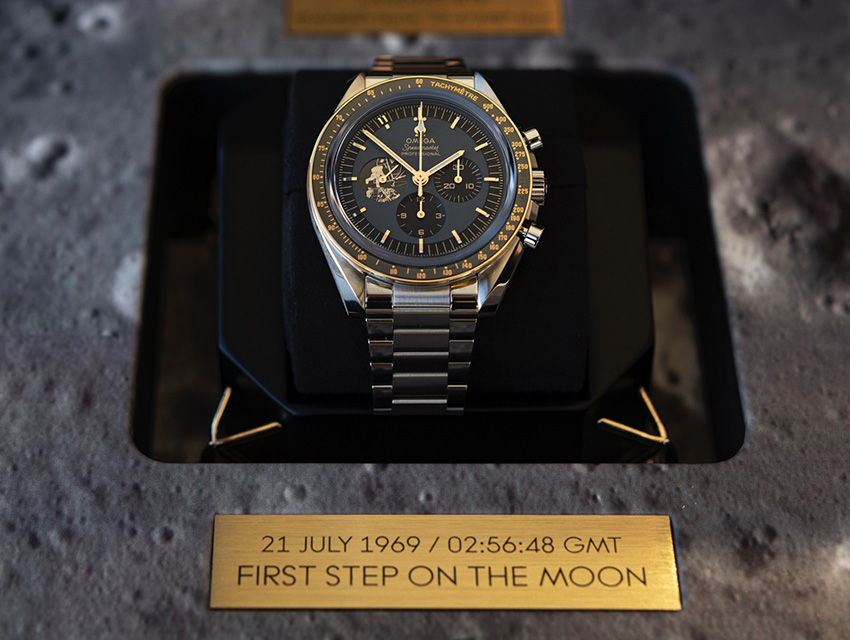 “The Return of Ultraman” was a popular Japanese television series that came out in 1971. In the series, Ultraman wears an Omega Speedmaster ref. ST 145.012 but with a distinct orange central chronograph hand rather than a standard steel one. The watch then picked up the “Ultraman” nickname. The intriguing Omega watch model gained prominence again after Omega released the Speedmaster Speedy Tuesday 2 “Ultraman” in 2018. The new Speedmaster “Ultraman” was developed in partnership with the Fratello website — the company behind the #SpeedyTuesday hashtag used frequently across social media platforms. 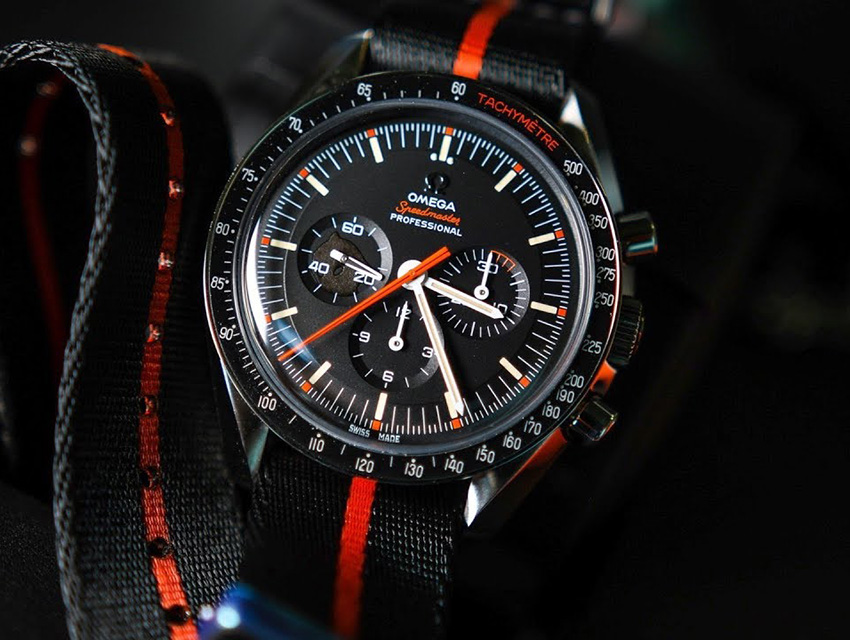 In 1969, Omega introduced the Seamaster ref. 146.011 and the watch earned the “Bullhead” nickname thanks to its unique case shape furnished with the chronograph pushers and winding crown at 12 o’clock. In 2013, Omega reissued a remake of the Seamaster “Bullhead” and today the company offers a collection of Seamaster Bullhead watches. 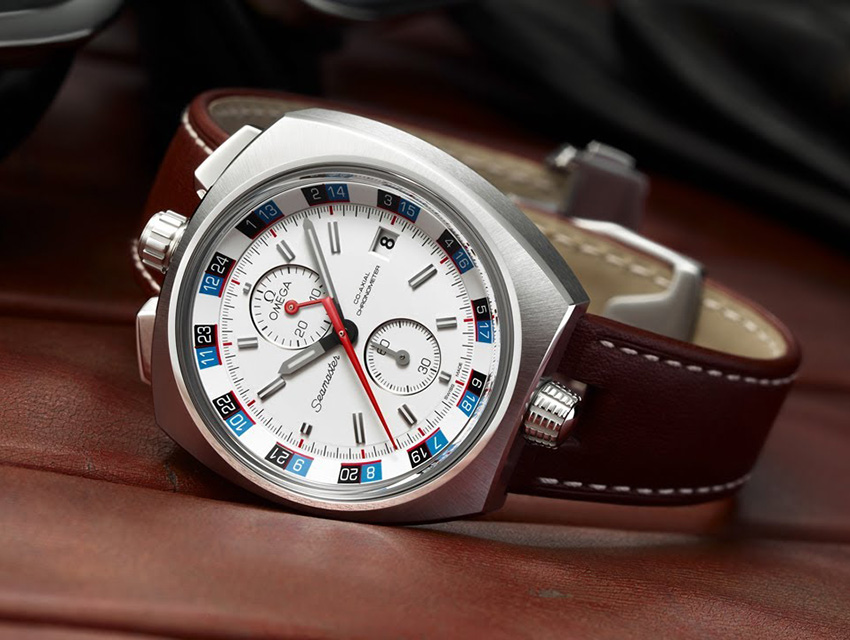 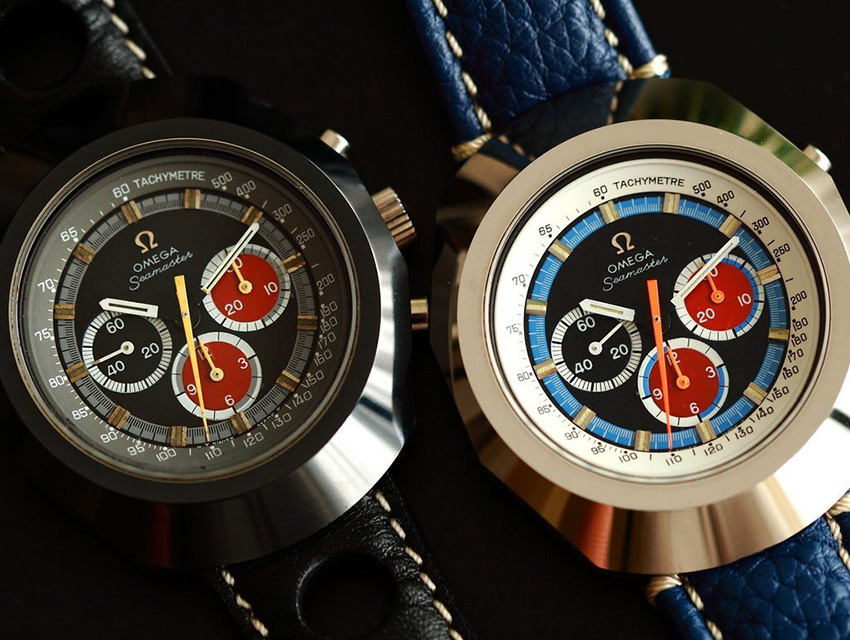 In 1972, Omega unleashed the Seamaster Automatic 120M Chronograph ref. 176.004 for professional divers. The watch gets its “Big Blue” nickname from the combination of its massive 44mm x 52mm case (which measures a hefty 19mm thick) and its striking blue dial and bezel colorway. There is another Omega watch that also goes by the (official) name “Big Blue,” which is the newer Seamaster Planet Ocean 600M GMT 215.92.46.22.03.001 with a blue ceramic case, released at Baselworld 2017. 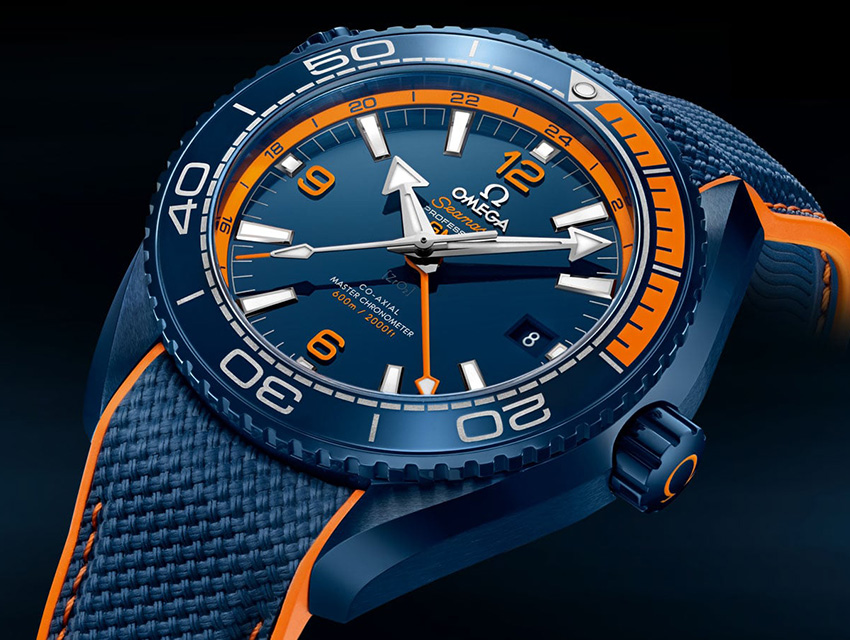 The Omega Speedmaster Moonwatch Racing ref. 311.30.42.30.01.004 made its debut at Baselworld 2013 and its most striking design feature is the red and white check border on the dial. According to Omega, the red and white checkered rocket from the 1950’s Tintin comic, “Destination Moon”, was the inspiration for the dial design. Therefore, the watch is now simply known as the Speedmaster “Tintin.” 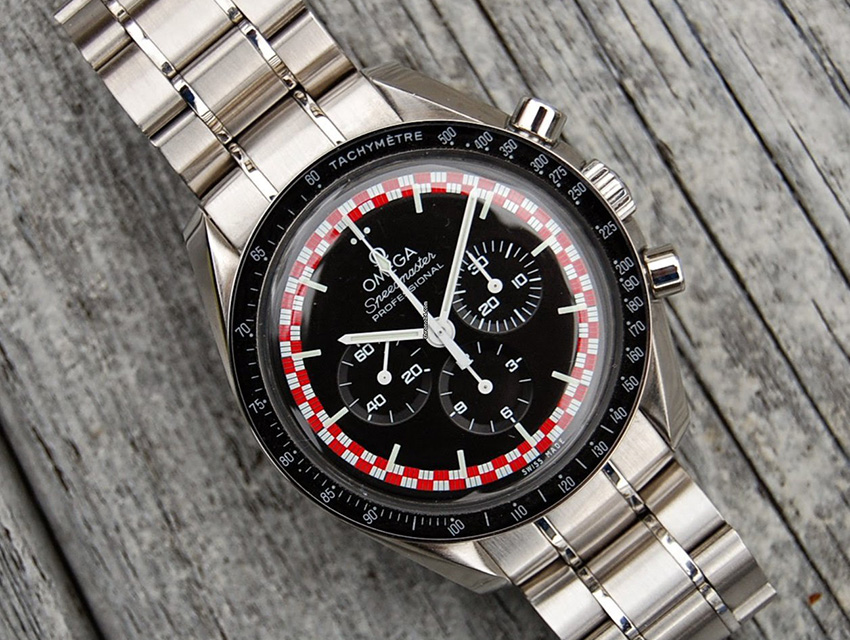 Omega and James Bond have a history together, which we’ve covered in the past. In the mid-1990s, Omega teamed up with the James Bond movie franchise to become an official partner. As part of the relationship, not only does Omega furnish the films with watches but the company also produces limited edition 007 watches for the public. Below are the Seamaster “James Bond” watches that were featured in the films: 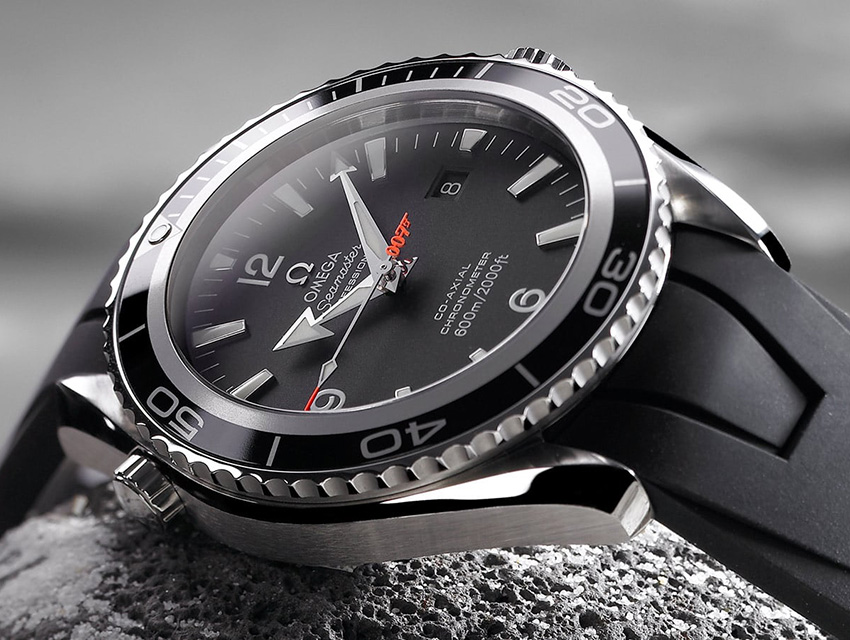