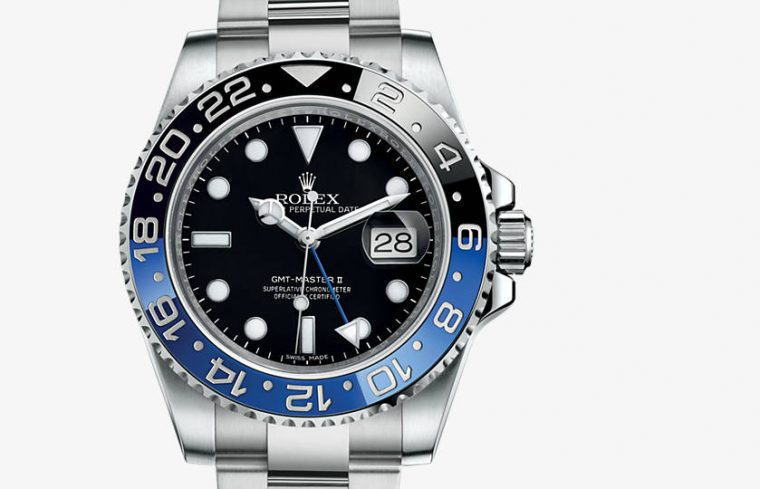 For those in the Rolex watch collecting community, these luxury timepieces are cherished for their looks, precision, heritage, and collectability. The leading luxury watch brand in the world, Rolex enjoys a passionate fan base from all four corners of the globe and along with fame and status, Rolex watches often pick up something else along the way — nicknames.

Some Rolex nicknames are well known and used more often than the watches’ official names, such as the President, while others are more obscure and frequently only recognized by seasoned collectors. To navigate the intricate and detailed world of Rolex, here we present to you the ultimate guide to Rolex nicknames, including both vintage and modern Rolex timepieces. 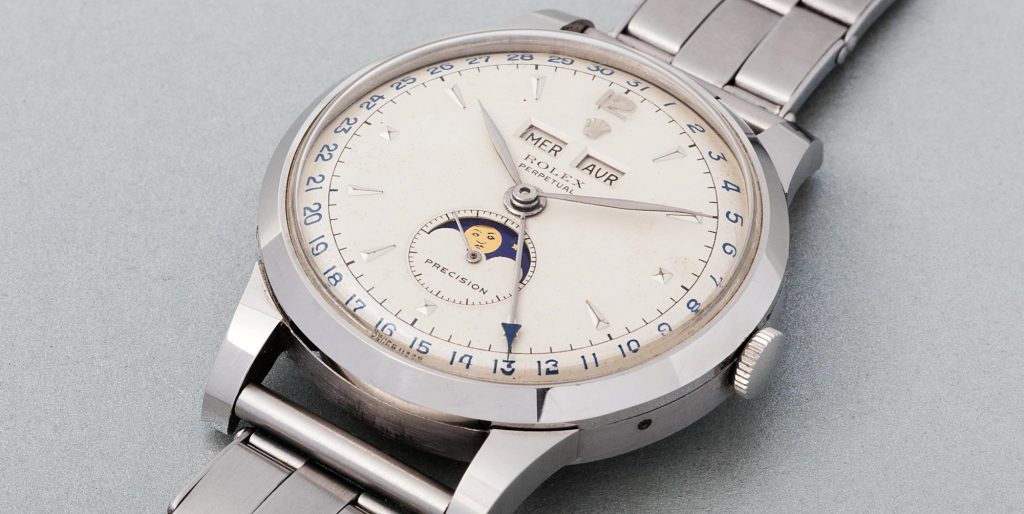 The “Padellone”, which means “large frying pan” in Italian, is the nickname of the vintage Rolex ref. 8171 and it refers to its large shape. Produced for only a very short time from 1949 until 1952, its 38mm case was considered a very substantial size for a watch during its era. The Rolex Padellone ref. 8171 is one of only two Rolex models ever created that includes a triple calendar and a moonphase indicator and both steel and gold versions were made. In the world of vintage Rolex collection, the Padellone is an extremely rare, sought after, and expensive timepiece.

The Rolex “Bubbleback” watches are characterized by their curved and protruding caseback that was necessary to accommodate the larger mechanical movement within. These particular vintage Rolex Oyster Perpetual watches were first produced in 1933 until about 1955 and were offered in a variety of metals, dial configurations, and bezel options — they were the precursor to the now legendary Rolex Datejust that was launched in 1945. The nicknames Bubbleback and Ovettone (which means little egg in Italian) are both common when referring to these very historically significant vintage Rolex models. 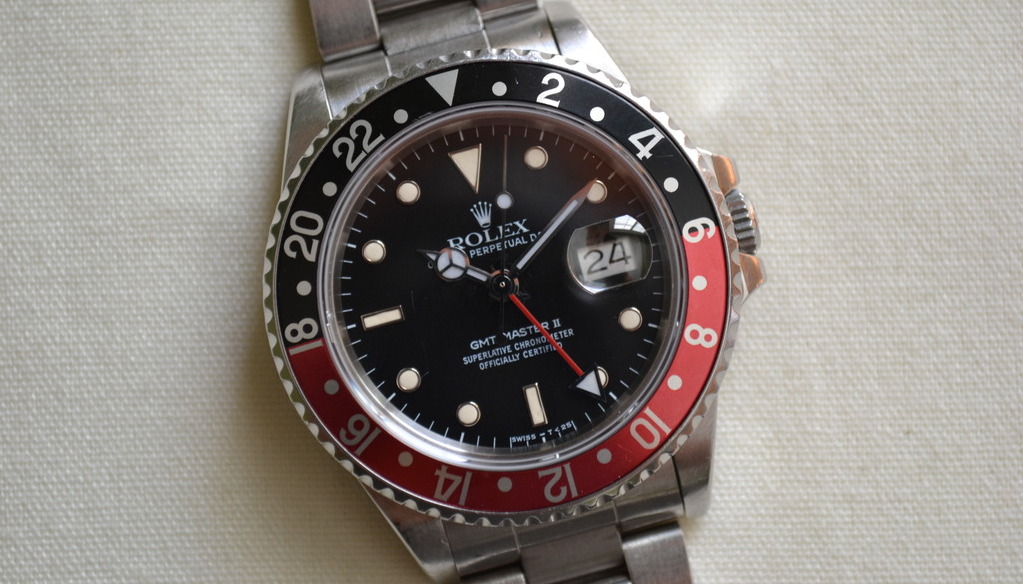 The Rolex “Fat Lady” is the nickname given to Rolex’s first GMT-Master II, the ref. 16760 and that label is in reference to the thicker case, bezel, and crown guards it sported over its predecessors. It was produced exclusively in stainless steel with a black and red rotatable bezel from 1983 until 1988. Aside from being called the Fat Lady, the Rolex GMT-Master II ref. 16760 is also sometimes nicknamed the “Sophia Loren” due to its thicker and curvier shape. 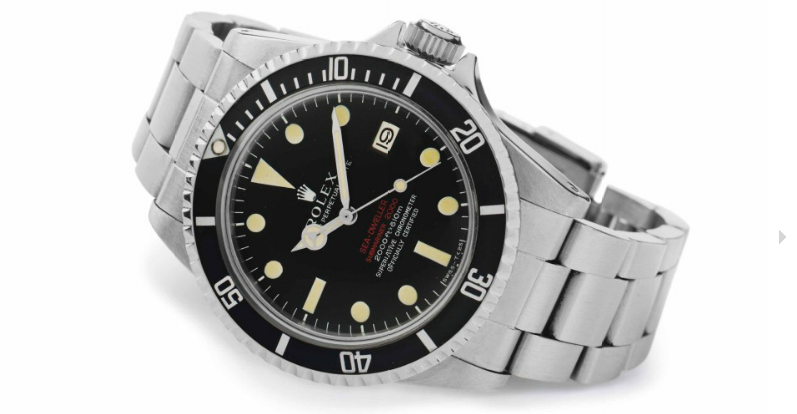 The Double Red Sea-Dweller, or DRSD, for short is the nickname given to the Sea-Dweller ref. 1665 and is named so for its two lines of red text “SEA-DWELLER SUBMARINER 2000” on the black dial. The DRSD was born out of the request from the commercial diving company COMEX for a watch that could dive deeper than what was currently available in the market. Produced from 1967 – 1977 with a number of dial variations, the Rolex Double Red Sea-Dweller was the first Rolex to come equipped with the innovative Helium Escape Valve (HEV) to allow the diver’s watch to plunge to an incredible depth of 2,000 feet. 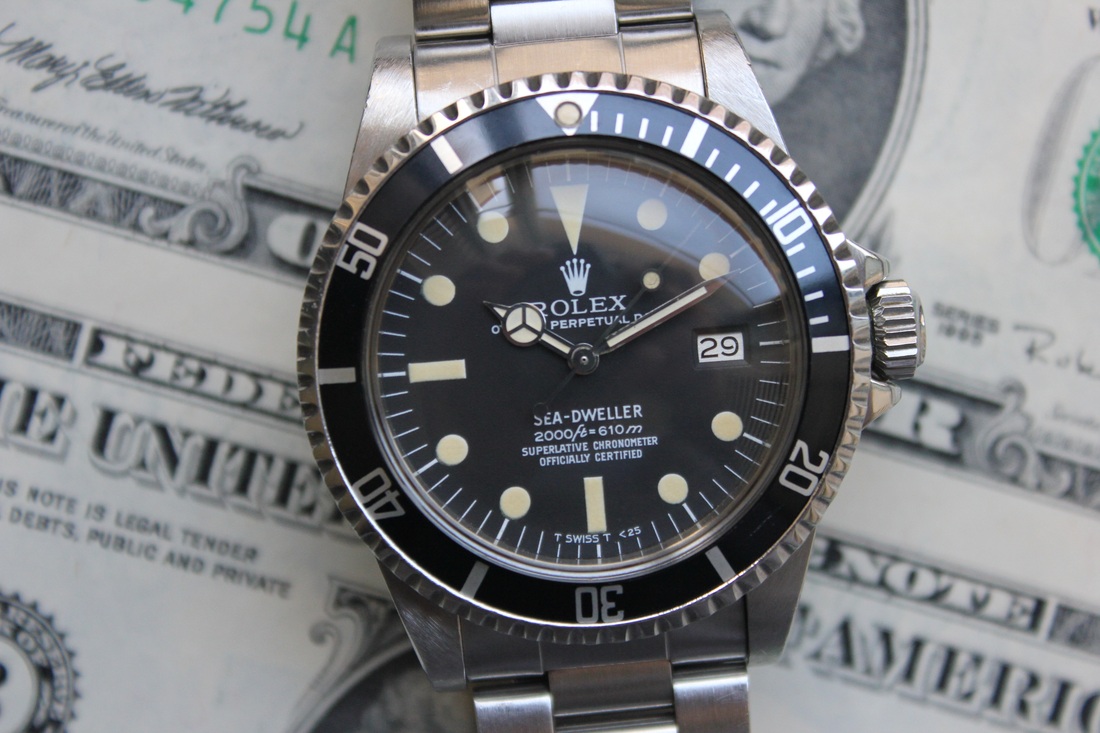 When the Double Red Sea-Dweller ceased production in 1977, Rolex replaced it with another Sea-Dweller, yet kept the same reference number – ref. 1665. This new Rolex Sea-Dweller had a few major differences from the DRSD. First, the “SUBMARINER 2000” label was no longer on the dial, thus proclaiming the Sea-Dweller as its own distinct line rather than a modified Submariner. Second, the red font was now replaced with all-white text, hence its nickname the Rolex “Great White”. The Rolex Sea-Dweller ref. 1665 Great White was manufactured for only five years. 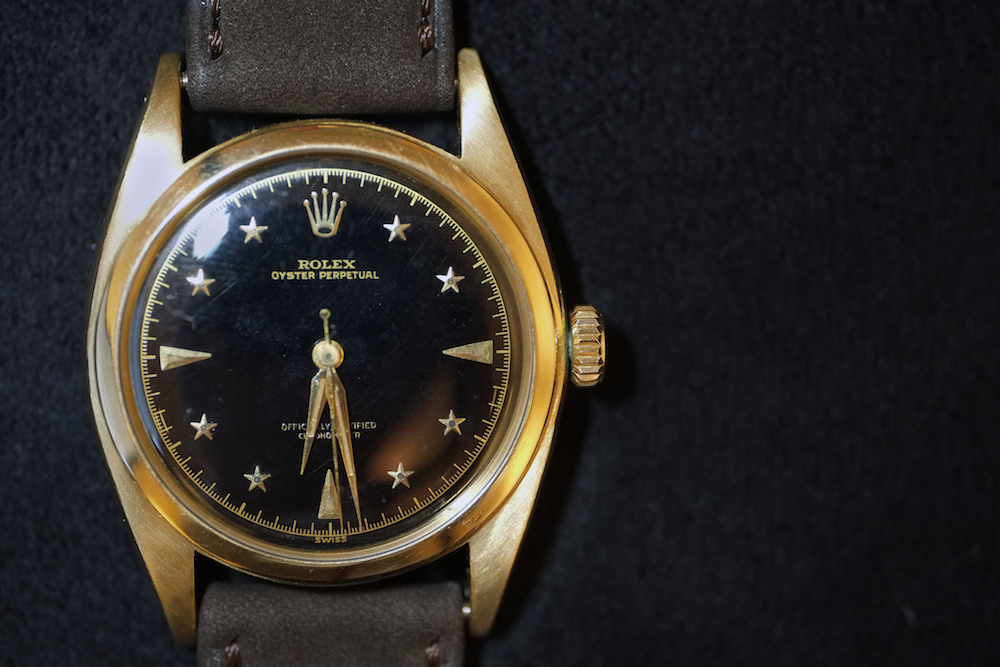 The word “Stelline” is Italian for “little star” and is the nickname used for the vintage Rolex ref. 6062 watches that bear star-shaped hour markers. Not all ref. 6062 timepieces have these star indexes, some have triangular ones, so the Stelline name is reserved for the ref. 6062 Rolexes that include these starlets on the dial. The Rolex ref. 6062 was made in the same era as the Padellone — the early 50s — and these two models are the only timepieces that Rolex ever made with both a triple calendar function and moonphase complication. 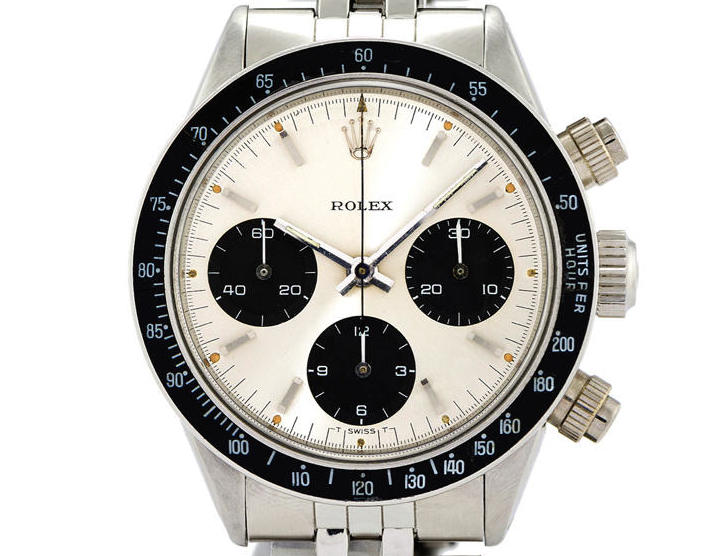 Rolex “Solo” refers to vintage Daytona chronographs that have a dial that only has the word “Rolex” on it. It’s a rare occurrence since Rolex watches tend to carry plenty of text on them and these particular Daytonas don’t even have the words “Daytona” nor “Oyster” nor “Cosmograph” on them — just simply Rolex. 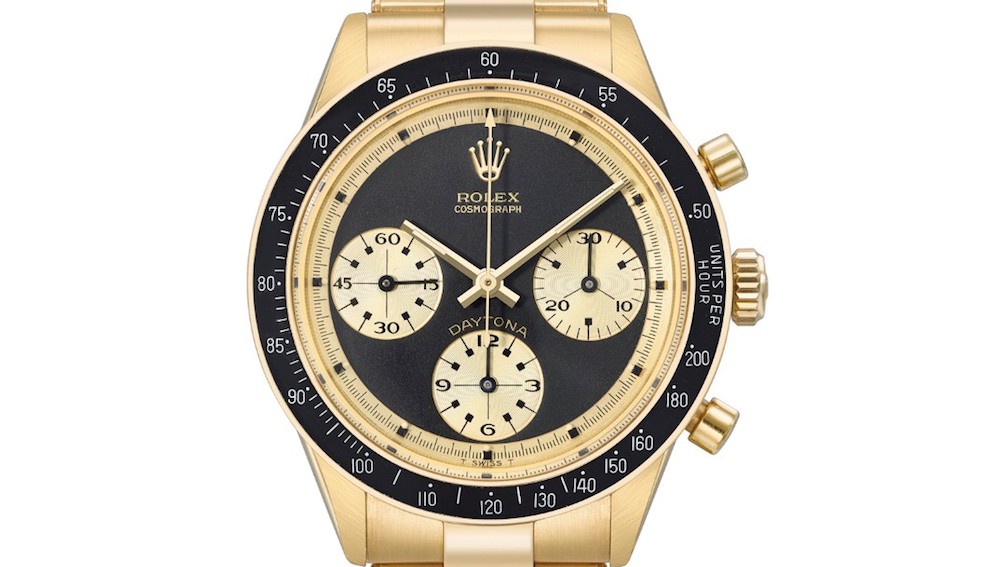 The Rolex Daytona Paul Newman ref. 6264 and the Rolex Daytona Paul Newman ref. 6241 dressed in gold with a black acrylic bezel and a black dial earned the John Player Special nickname in reference to the black and gold racecars of the Lotus Formula One team sponsored by the JPS cigarette company. These are extrememly rare models within the immensly popular Rolex Paul Newman line and subsequently, demand very high prices at auction.

When the Rolex GMT-Master was unveiled in 1955 it was a true pilot’s watch as it was specifically created for Pan Am pilots to keep track of two different time zones while they flew across the skies. An important component of the GMT-Master was its dual colored bezel to allow wearers to differentiate between day and night hours. The original Rolex GMT-Master had a blue and red bezel, which is now affectionately known as the “Pepsi” bezel due to its resemblance to the logo colors of the popular soda. Since its inception, the Pepsi bezel has been found on several different versions of both the GMT-Master and GMT-Master II watches, including a contemporary version in ceramic. 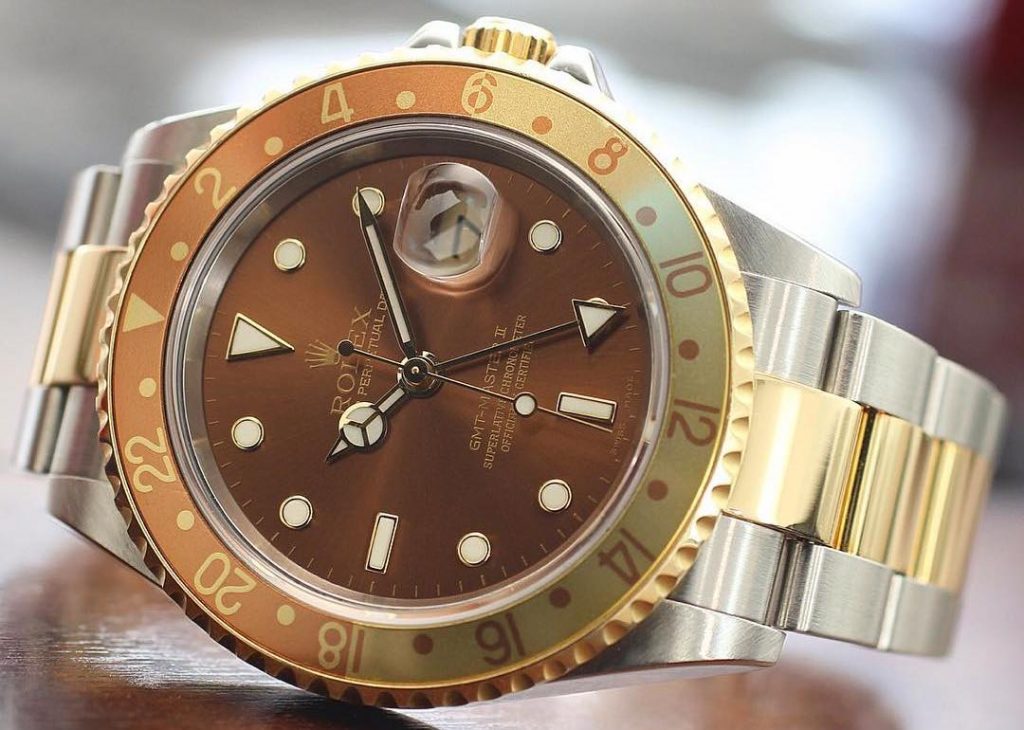 In the early 1960s, Rolex introduced a two-tone version of the GMT-Master with the Rolex ref. 1675/3. To complement the mix of steel and yellow gold, the GMT-Master ref. 1657/3 was outfitted with a brown and gold bezel insert, gaining its nickname “Root Beer” for its resemblance to the brown soda. In the 1980s, Rolex then launched the GMT-Master II ref. 16753 — another two-tone model also sporting the Root Beer bezel. The GMT-Master Root Beer is sometimes also referred to as the “Clint Eastwood” since the famous actor wore his while starring in a few movies. 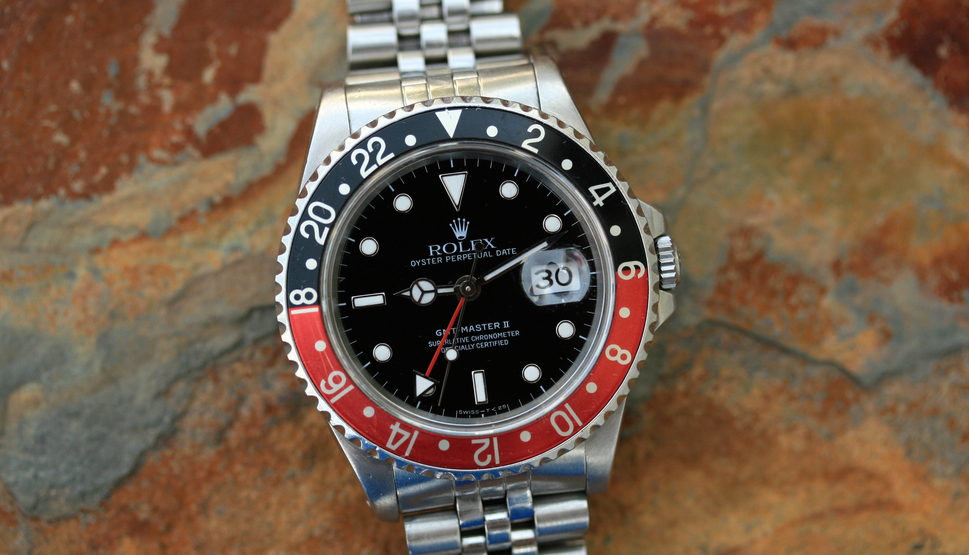 Rolex originally introduced the red and black bezel color combination on their first GMT-Master II model (aka the Fat Lady). This particular bezel quickly became known as the “Coke” bezel in reference to its colors and keeping with the soda nickname theme. The current collection of GMT-Master II watches offered by Rolex all include ceramic bezels and the Coke color combo is notably missing — the last model that was made available with the Coke bezel was the GMT-Master II ref. 16710. 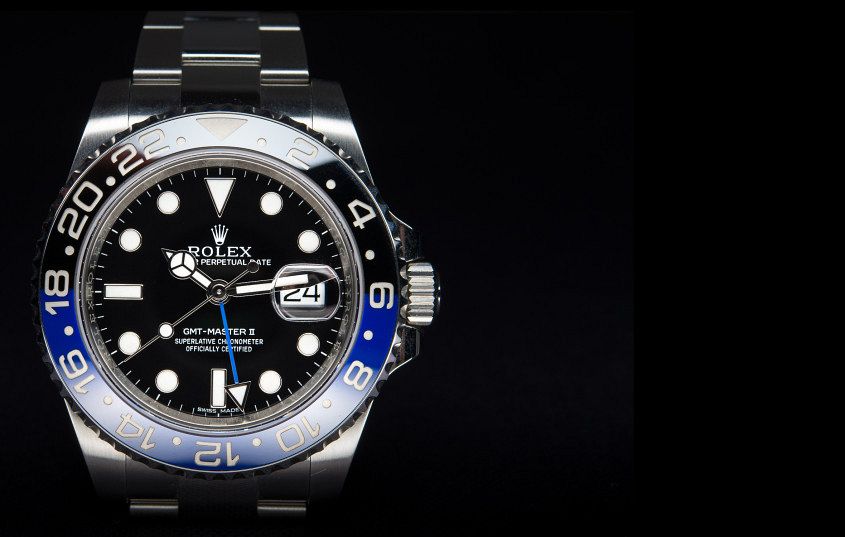 One of the most popular GMT-Master II models offered by Rolex today is the GMT-Master II ref. 116710BLNR, also known as the “Batman” — named so for its blue and black colors on the Cerachrom ceramic bezel. When Rolex first introduced the ceramic bezels, they were all presented in one color as the company noted that making dual colors would be impossible. Yet, a few years later, they managed to overcome the challenges and produce a bi-colored ceramic bezel. The stainless steel Rolex Batman is almost as famous as the superhero character it’s named after. 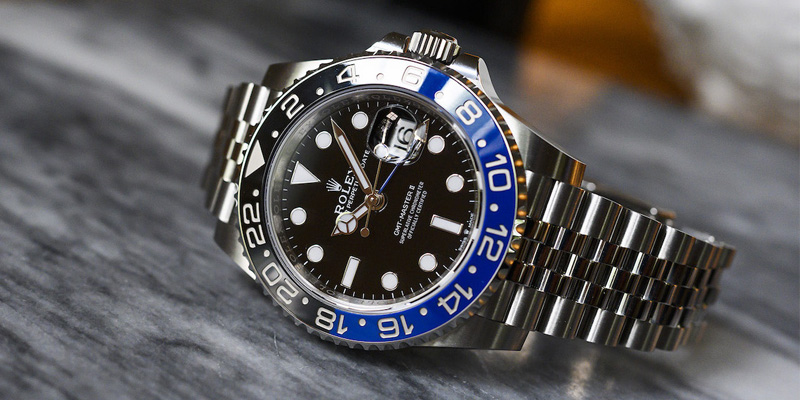 When Rolex introduced the updated stainless steel GMT-Master II with a blue and black Cerachrom bezel in 2019, there was one very obvious design difference. While the preceding GMT-Master II ref. 116710BLNR came fitted with the sporty three-link Oyster bracelet the newest GMT-Master II ref. 126710BLNR was exclusively equipped with the dressier five-link Jubilee bracelet. As such, many Rolex enthusiasts began calling the latest blue and black GMT-Master II the “Batgirl” to differentiate it from the “Batman.” Along with the new bracelet, the Rolex “Batgirl” also runs on the new-generation Caliber 3285 with improved performance, including an amped-up power reserve rating for 70 hours (compared to the previous 48 hours). 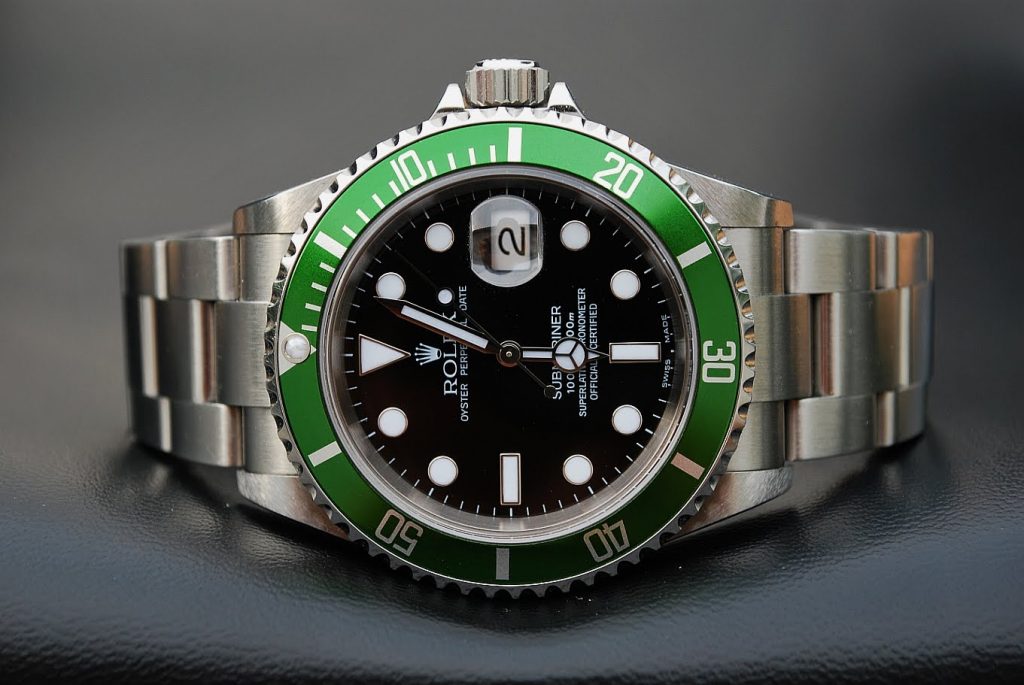 To celebrate the 50th anniversary of the legendary Submariner, Rolex launched the Submariner ref. 16610LV in 2004. The most striking feature of the commemorative Rolex Sub was its green bezel — which is why it is nicknamed after the popular green frog from the Muppets, “Kermit”. 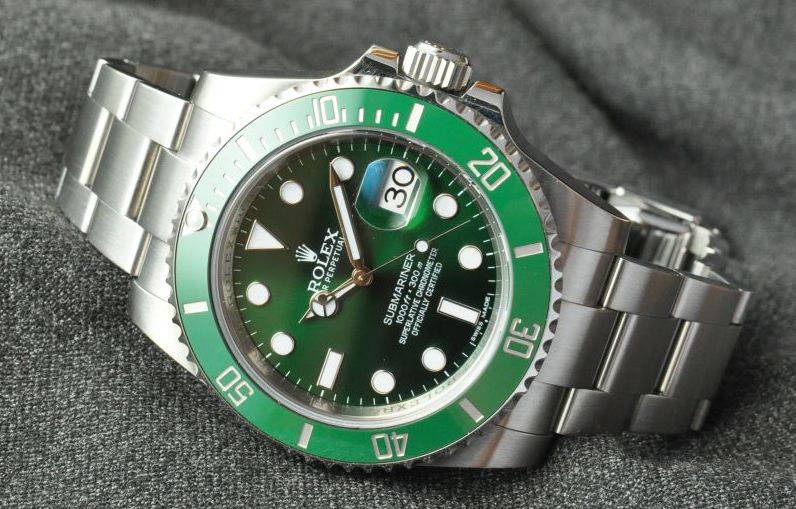 In 2010, Rolex updated their green Submariner with the ref. 116610LV. Greener than its predecessor thanks to its green dial and green ceramic bezel configuration, coupled with the watch’s wider lugs and broader lume plots led to a more impressive nickname — the “Hulk”. 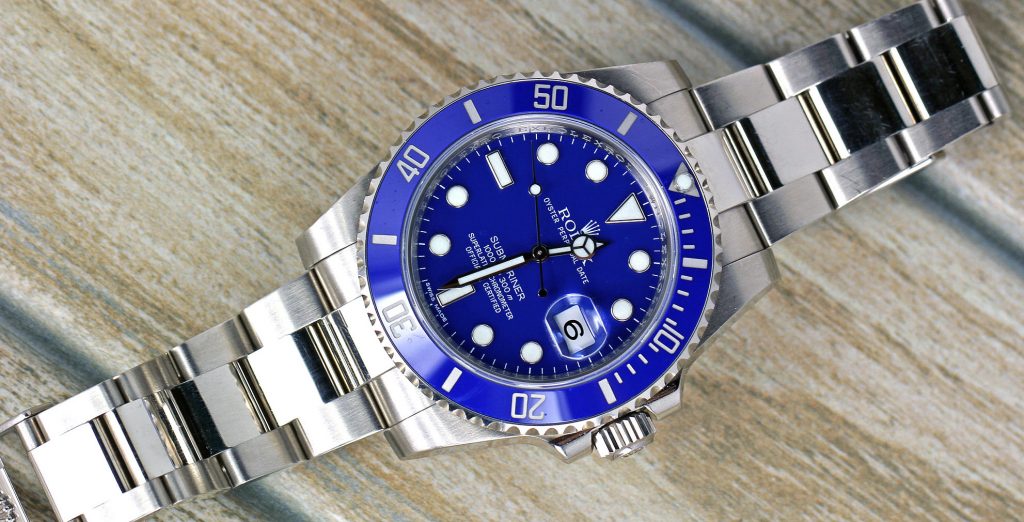 An unpopular nickname, yet still used in some Rolex collecting circles, the Rolex “Smurf” is sometimes used to refer to the Rolex Submariner ref. 116619LB. Its  18k white gold body, blue dial, and blue bezel configuration recalls the blue and white colors of the Smurfs cartoon characters. 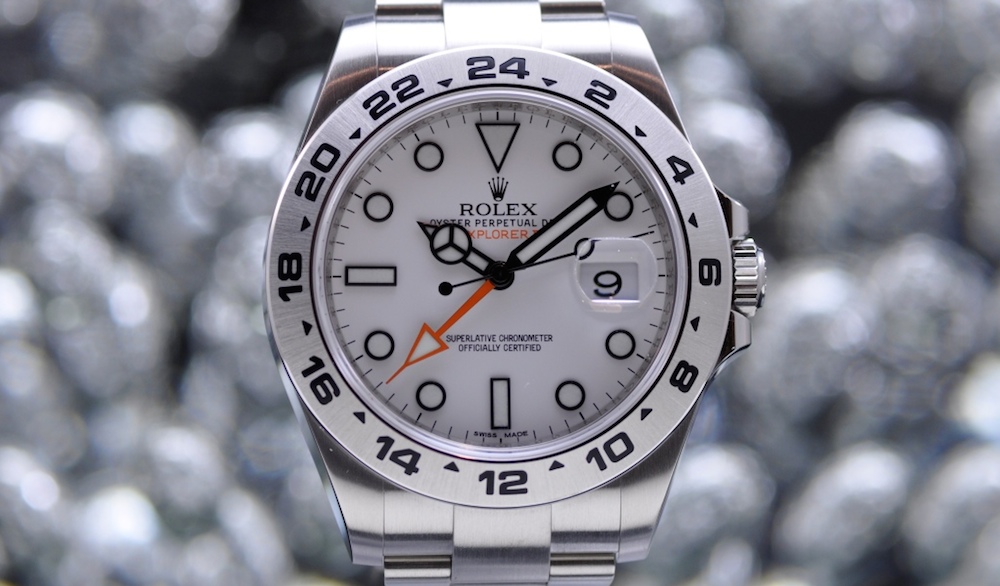 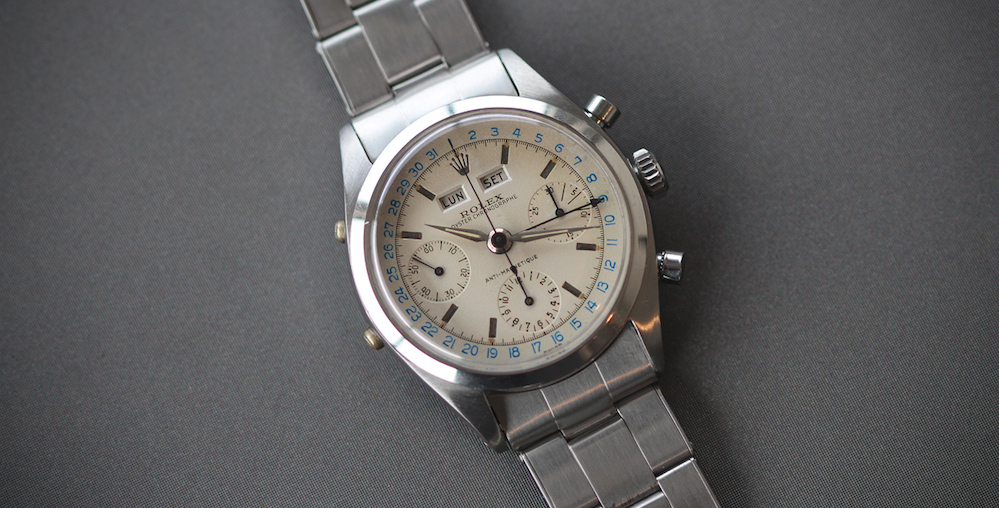 Jean-Claude Killy is a former champion alpine skier who dominated the slopes in the late 1960s. He was also a Rolex ambassador, starring in many of the brand’s advertising campaigns, and later became a board member of the company. His name is associated with a family of watches that make up the vintage Rolex Dato-Compax series. The references 4768, 4767, 5036, 6036 and 6236 — all known as the “Jean-Claude Killy” Rolexes — are triple calendar chronographs that were produced by Rolex from the 1940s until the 1060s. 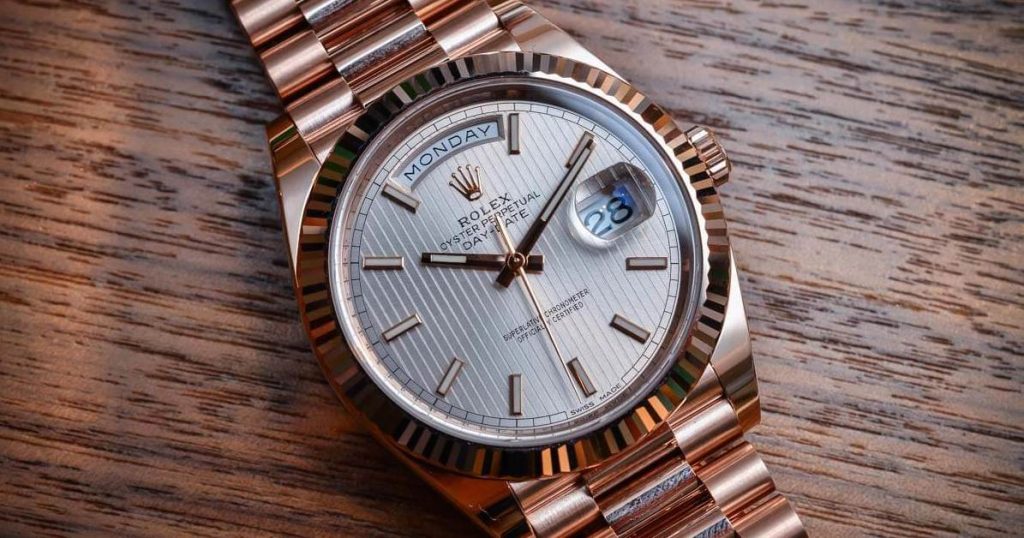 The Rolex President is the well-accepted other name of the Rolex Day-Date collection of luxury watches. When the Day-Date made its debut in 1956, it was presented on a newly designed President bracelet made specifically for the model. This curved three-link bracelet, along with the popularity of the Day-Date among global presidents, world leaders, and industry moguls, forever cemented the President nickname to the watch — so much so that even Rolex uses this unofficial name. 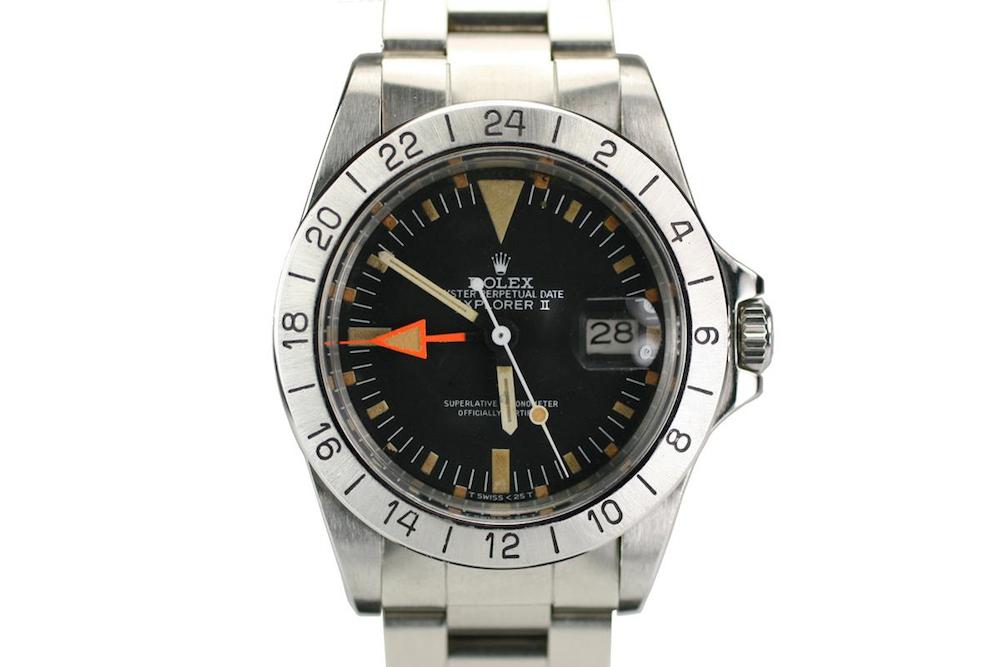 The nickname “Steve McQueen” for the vintage Rolex Explorer II ref. 1655 is actually a misnomer because the man Steve McQueen never actually wore this particular watch — he was a fan of Rolex Submariners. Regardless, the orange-hand Explorer ref. 1655 is still called the Rolex Steve McQueen and sometimes also named the “Freccione”, which is Italian for “arrow” in reference to the shape of the 24-hand. 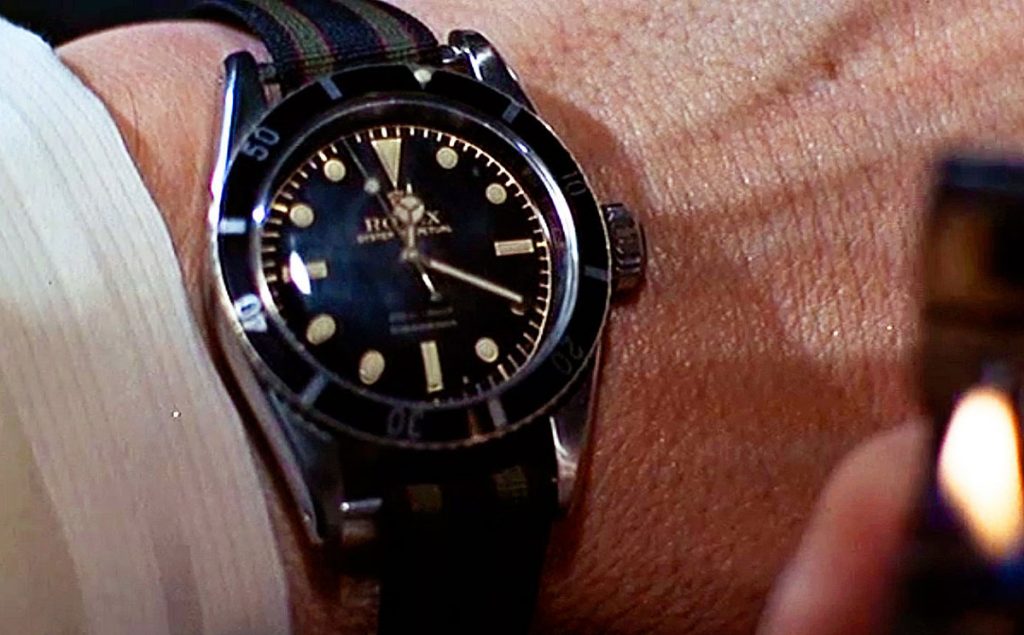 The James Bond Rolex is the Submariner ref. 6538 that was worn by Sean Connery in the first James Bond movie, Dr. No, and the subsequent sequels From Russia with Love, Goldfinger, and Thunderball. Characterized by the lack of crown guards and an oversized crown, the Rolex Submariner James Bond was worn by the super spy on a striped textile strap similar to a NATO strap. 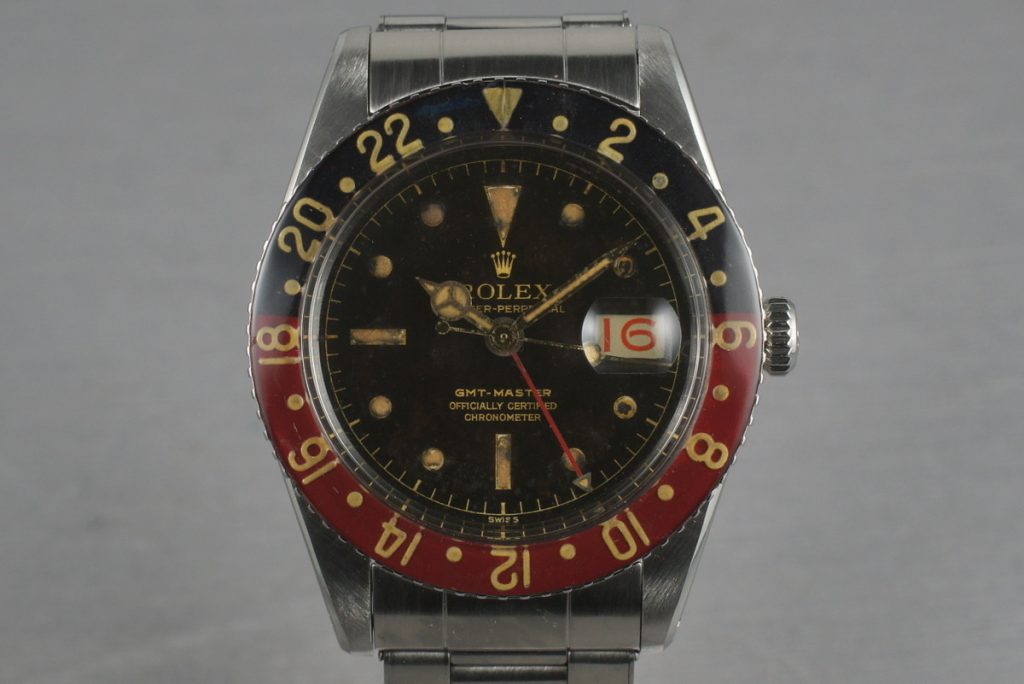 The first Rolex GMT-Master ever produced was the ref. 6542 in 1955. The iconic watch gained the nickname “Pussy Galore” when actress Honor Blackman, who played the character Pussy Galore in the James Bond flick, Goldfinger, wore one in the movie. It was an uncommon sight to see a woman wearing a man’s watch in those days, so the name stuck. 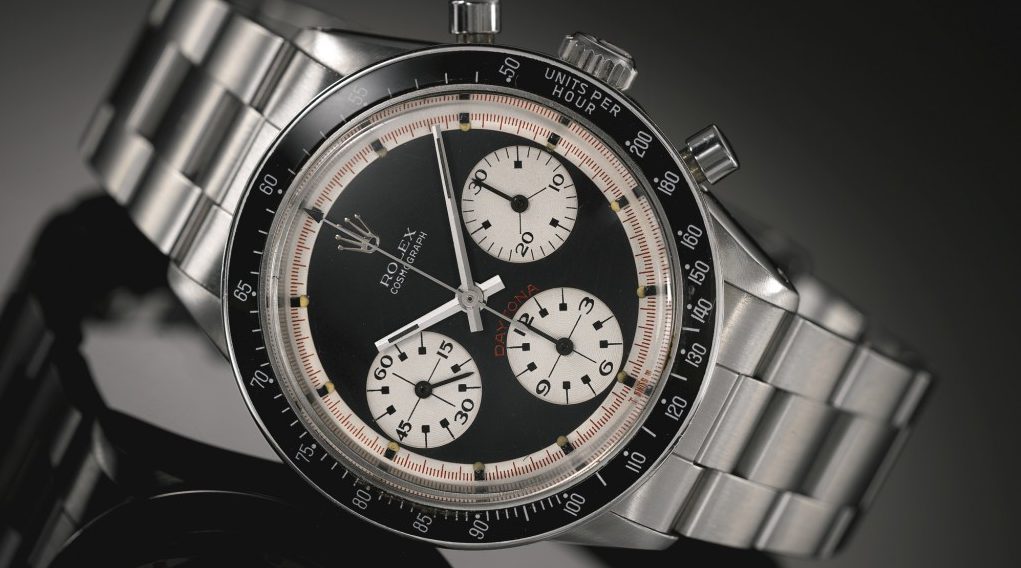 In the 1960s, Rolex produced what they referred to as an “exotic dial” for their Cosmograph Daytona chronograph watches. These particular dials are distinguished by their art deco font, the 15/30/45/60 numerals on the 9 o’clock subdial, and square-tipped markers on the three registers. They can be found on six Daytona references: 6239, 6241, 6262, 6263, 6264, or 6265. Originally a very unpopular Rolex dial, the Rolex Daytonas with the exotic dial shot to fame when the legendary actor and racecar driver, Paul Newman, began wearing one. Thus, any vintage Daytona with the above six reference numbers that sport the exotic dial is now more commonly known as the Rolex Daytona Paul Newman. The Daytona Paul Newman watches are hands down the most coveted collection of vintage Rolex watches today.