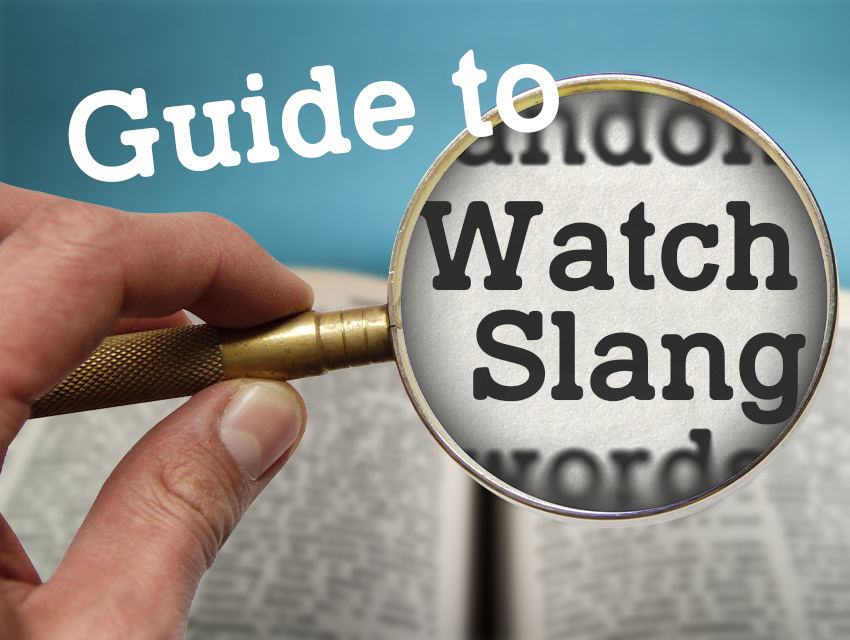 Every community or culture has a specific language, filled with phrases and words that are familiar to those on the inside—but perhaps a little perplexing to those just listening in. The watch community is no different with watch lingo that can be difficult to understand if you’re not well-versed in the jargon. And this is in addition to the wide world of watch nicknames, many of which we’ve covered previously.

If you’re looking to brush up on your watch-speak, read our handy guide to watch slang for an explanation of some of the more common terms you’ll hear in watch circles.

The terms WIS, Watch Nerd, Watch Snob, and Newb are used to describe people who are into watches.

A Watch Idiot Savant, or WIS for short, refers to a person who is highly enthusiastic and knowledgeable in watches. A WIS loves to nerd out about watch details, from the design to the movement—and everything in between. When they’re not buying watches, they’re reading about them, discussing them on watch forums, or browsing online shopping sites to see which models to add to their wish list. Other similar terms for WIS include Watch Nerd and Watch Enthusiast.

A step beyond a WIS is a Watch Snob, which is defined as a watch enthusiast with strongly held beliefs. Generally speaking, Watch Snobs don’t like quartz movements, think in-house movements are better than outsourced ones, and favor only a handful of high-end brands as “true watch manufacturers.”

On the other end of the spectrum is a Newb or Newbie, which is a person that has just discovered an interest in watches. Like any beginner, a Newb will not know much about watches at first (and will likely make mistakes) but if they stick to the journey long enough, they may soon find themselves firmly in the WIS camp.

The terms Manufacture, AD, Pre-owned, and Grey Market, describe various watch sources. A Manufacture (French for manufacturer) is the brand that makes the watch—think Rolex, Patek Philippe, Omega, Breitling, Panerai, and so on.

Sometimes a Manufacture owns and operates a few stores (for example, Patek Philippe Salons in Geneva, London, and Paris) but they mostly rely on a vast global network of brick-and-mortar authorized dealers (or ADs) to sell their watches around the world. Even if you see a Rolex-only branded boutique somewhere, Rolex does not own it—it is owned and run by a company that is authorized to do so. The Manufacture supplies watches to the AD at wholesale prices and the AD sells them to the end consumer (complete with warranties and guarantees) at retail prices. This is the most traditional manner to purchase a high-end watch, although that is changing now. 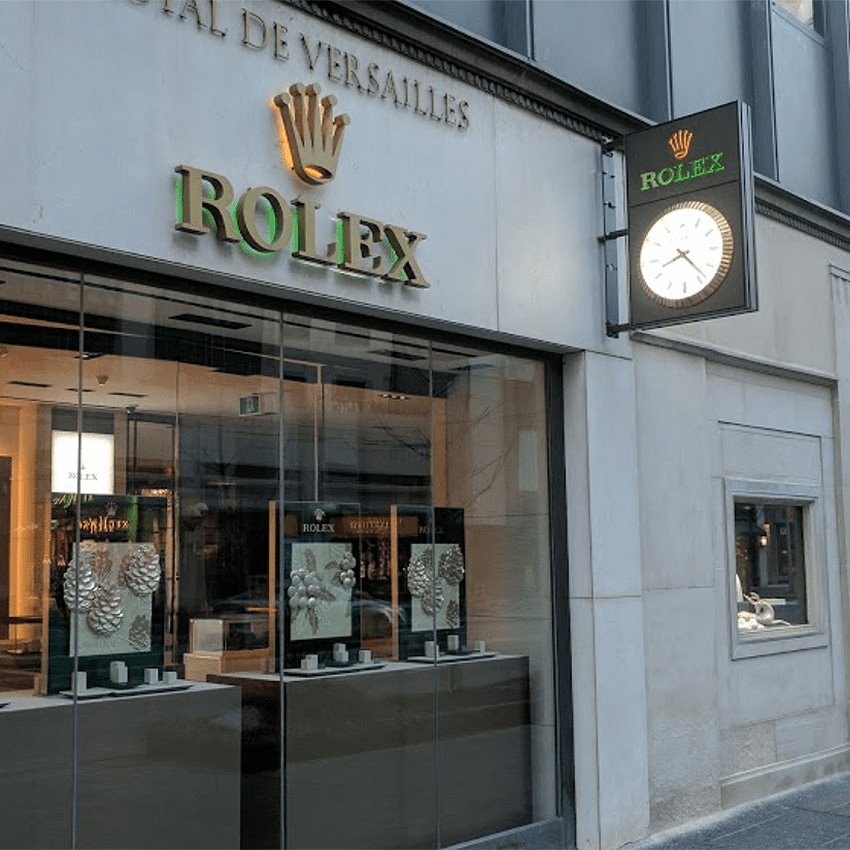 As its name suggests, a Pre-Owned watch dealer specializes in selling secondhand watches. They generally have no ties to the Manufacture and source their goods from people that want to sell their personal watches. Pre-owned dealers purchase unwanted watches directly from people, service them, and resell them to other people. While Pre-Owned dealers often offer their own guarantees and warranties, these are not official ones offered by the brand.

Daily Driver and Beater Watch are interchangeable. These are names given to watches worn daily and the wearer isn’t too careful with them. A Desk Diver is a nickname given to a dive watch that will likely never go diving. For instance, most people don’t buy a Rolex Submariner to go on a dive—they buy it because it’s a great-looking watch and a status symbol. 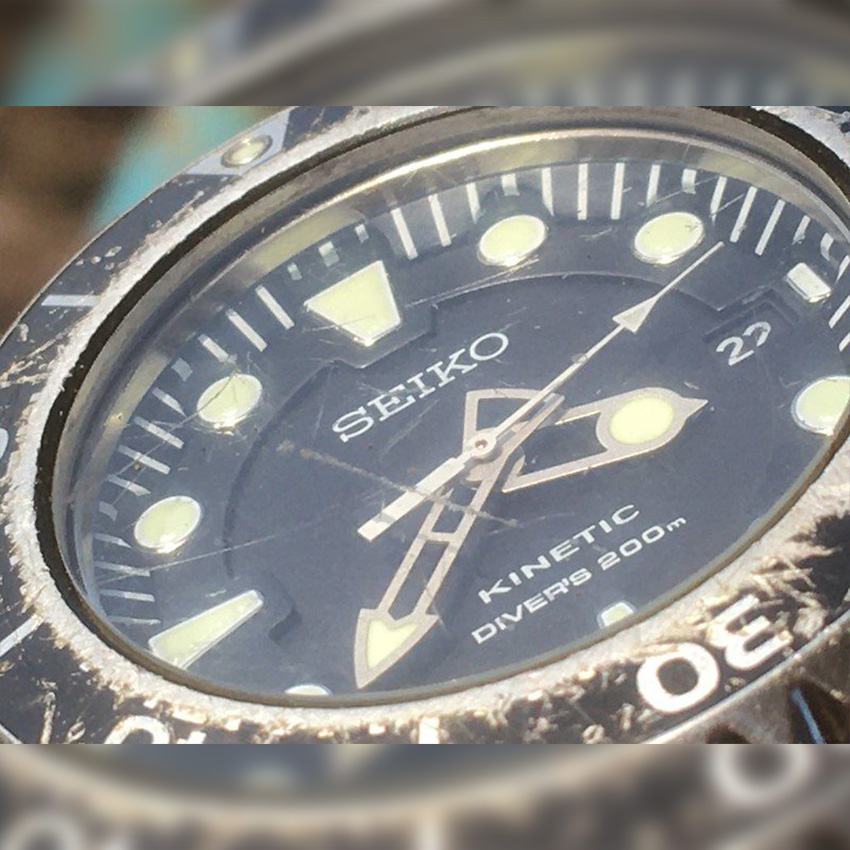 The watch community uses the (derogatory) term Fashion Watches for watches that are branded with high-end designer names that don’t have a long history of making watches (for example, Michael Kors, Gucci, Hugo Boss, and Armani) or popular mass-produced direct-to-consumer watches that claim to be luxury but aren’t (for instance Daniel Wellington, MVMT, and Filippo Loreti.)

The term ‘Grail Watch’ (as in ‘Holy Grail’) refers to a watch collector’s ultimate collection piece. Such a watch may be extremely difficult to acquire due to limited availability or a prohibitively high cost, such as with Rolex or Patek Philippe. As such, some collectors may spend years or even a lifetime hunting for their grail watch.

The terms NOS, Correct, Modding, and Frankenwatch all have to do with the condition of a watch.

NOS is short for New Old Stock watches and describes a watch that is vintage or discontinued from the brand’s catalog but has never been worn. The word Correct is used to state that an older watch has all original parts or at least, replacement parts that are identical to what would have been original to the watch when it was made.

Modding is the practice of modifying watches with custom parts to express creativity or personal style. The watch modding community is a popular one and members love to show off their creations. 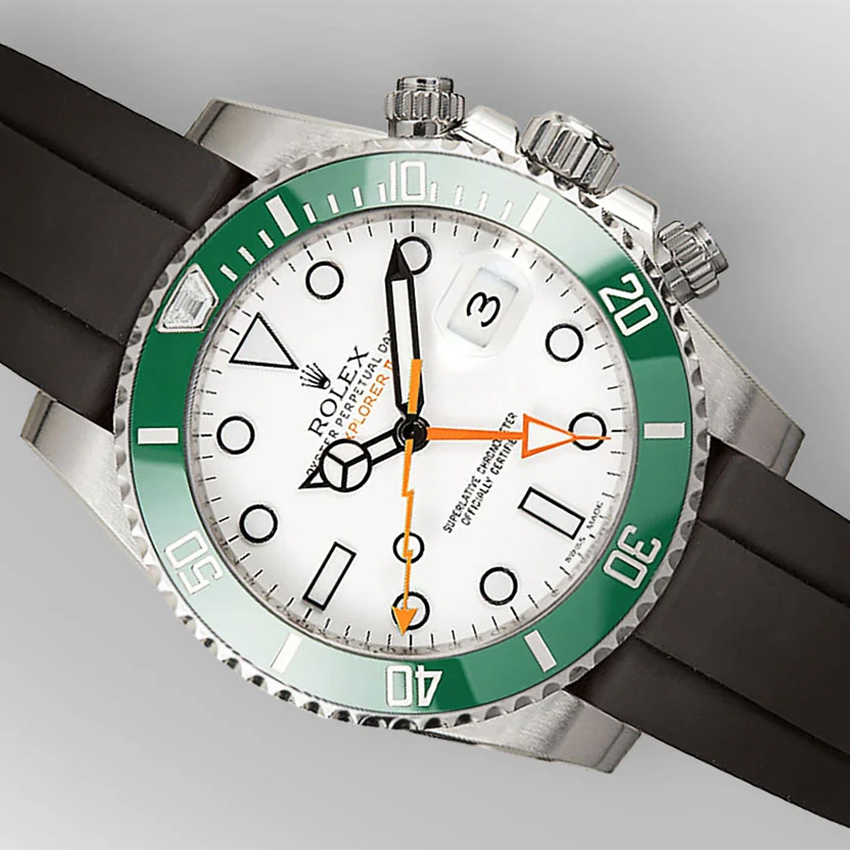 A Frankenwatch is a type of modded watch but the intent is generally different. Frankenwatches are usually patched together using parts of different watches – a dial from here, a bracelet from there, a bezel from somewhere. The problem arises when a seller tries to pass a Frankenwatch off as an all-correct piece (when it isn’t) to sell the watch at a higher price.

Lume is short for luminescence or luminous material, which is what makes some watch dials glow in the dark. There are different types of lume including radioactive radium, old-school tritium, modern SuperLuminova, and more.

If a dial has gone Tropical, it means that it has transformed in color due to long-term exposure to sunshine (and sometimes salty water.) Apparently, watches that spent plenty of time in sun-drenched locations (such as tropical spots near the equator) had a greater likelihood of transforming colors—hence the descriptor Tropical dial.

Patina refers to the natural aging seen on vintage watches in the form of faded dials and/or lume plots that have taken on a darker hue. While outsiders often see this discoloration as signs of decay, for watch collectors, patina can be a good thing. If the patina is natural and symmetrical, it gives the watch a fantastic lived-in glow that you can’t replicate with modern watches. Yet, some modern watches do try and replicate that retro vibe with a practice known as Fauxtina, which is the deliberate darkening of lume to evoke a vintage look.

Watch Meetups or Get Togethers (GTG) are private events where enthusiasts gather to revel in their fascination with all things watches. Not only do attendees wear timepieces that they want to flaunt to other obsessives but they can also bring a case of watches so everyone has a stack of models to look at and hold in hand during the gathering.

Since watches can be rare, expensive, and highly collectible, GTGs are generally invite-only private affairs. Plus, depending on how serious the event is, sharing the time and location before or during the event is usually not permitted for security reasons. 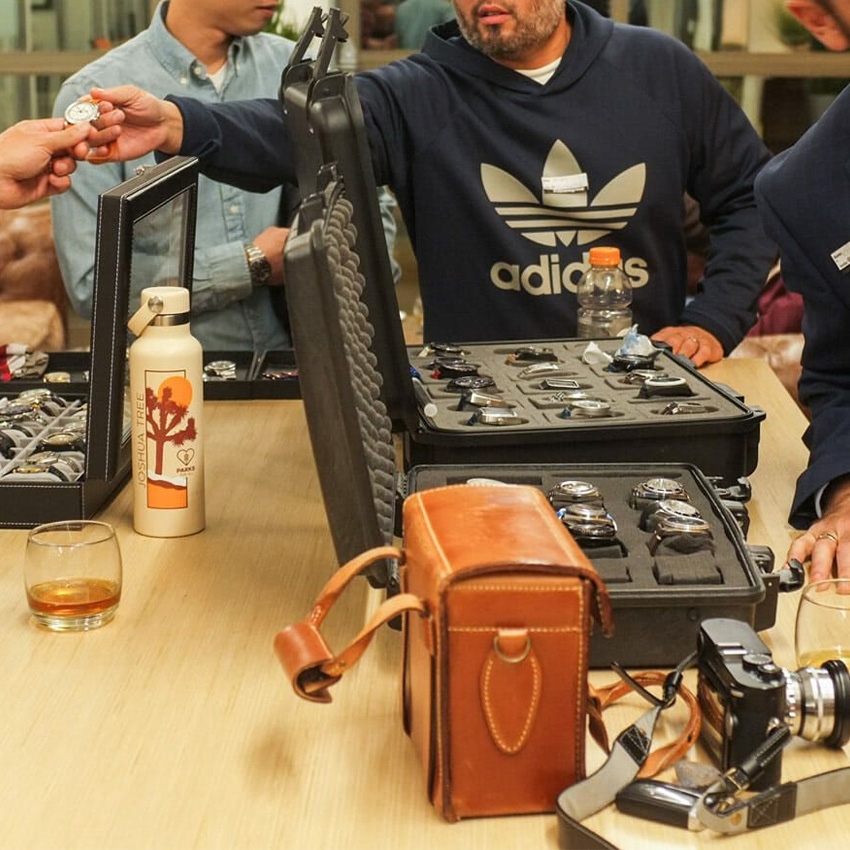 A Wrist Check is what it sounds like—telling everyone what watch you’re currently wearing on your wrist. Similarly, a Wristshot is a picture of a watch (that you’re probably going to share on social media) while a Wrist Roll is a short clip (again, to post online) that starts with a shot of the clasp and sees the arm turn slowly to finally reveal the face of the watch. Lastly, a Sexpile is a nickname given to a big ol’ stack of luxury watches (usually photographed for sharing post-event)—the more expensive and coveted the watches, the better!

Whether you’re a Newb, Nerd or Snob, understanding the lexicon of watch people gives you a greater understanding of the culture. New jargon comes up every once in a while, and if it sticks, you start to see it pop up in all corners of the watch world. Are there any watch-related terms that you’re unsure of? Ask us anything in the comments below and we’ll help you decode it!