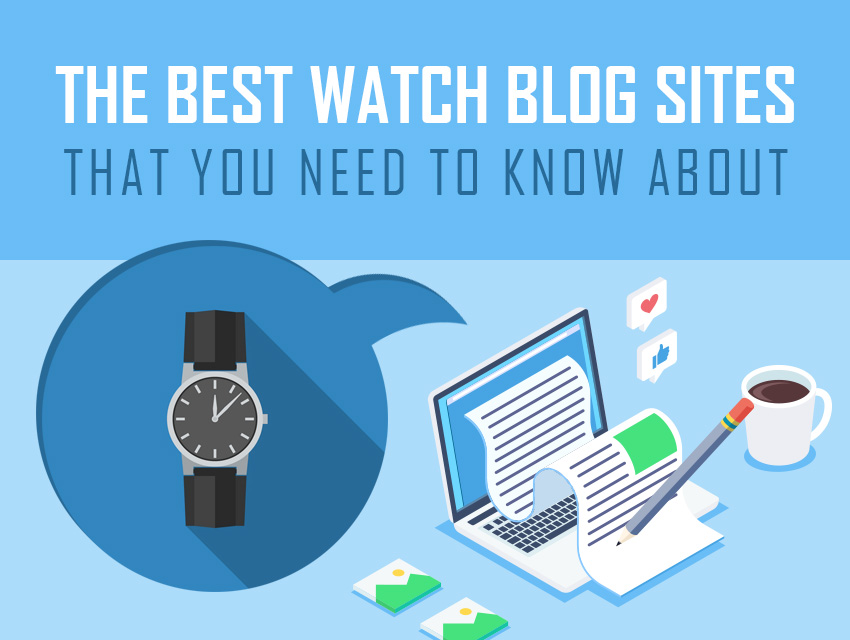 Let’s face it, the internet is overflowing with content of all sorts, dedicated to every hobby, interest, and passion you could possibly imagine—including coverage of every corner of the watch industry. You can burn hours, even days cycling through the broad swath of websites out there, big and small, that will tell you all about the latest-and-greatest releases from Patek Philippe and MB&F, or the most obscure microbrand launch that surfaced on Kickstarter the other day.

Our goal with this list isn’t to narrow it down to a select few outlets we’re particularly fond of. Instead, we’ve chosen to give you a concise look at the many options out there, with some notes on tone, types of coverage, and general preferences of their editorial team. That way you can make your own decision about which site (or sites) really speak your language.

Hands-on reviews, technical explanations, and business news from the watch industry are all a part of the daily fare from Frank Geelen and the ever-growing team at Monochrome. The site’s “Technical Perspective” series of features covers a fascinating range of topics including the manufacturing of hairsprings; somehow a topic that Xavier Markl magically manages to take from watching paint dry through to enticing to the average watch nerd in a matter of a couple of sentences. The European-based team isn’t the most playful or humorous of the pack, but they’ll certainly get you all the technical information your heart desires. Watch for both mainstream and niche luxury brands here, all the way down to the affordables from Citizen and Bulova.

Obscure, interesting, and accessible is the name of the game with the fellas over at Worn & Wound, and they do it impeccably well. Those just starting out with collecting and obsessing over watches—whether new or vintage—can find something truly special here that won’t break the bank. Killer entry level brands like Stowa, Nomos, Sinn, and Doxa can be found alongside lesser-known upstarts like Farer (out of the UK), and Brew Watches (from New York). The crack team of contributors led by co-founders Blake Malin and Zach Weiss has a real knack for digging up interesting and affordable brands worthy of coverage without falling into the pitfall of scribbling up the under-designed and over-marketed fodder that has been spreading through Kickstarter of late.

Covering the industry from Australia with a sense of wit seldom seen elsewhere, Time + Tide’s core team of Andrew McUtchen, Felix Scholz, and Andy Green tackle the staunch conservatism and general dryness of the Swiss head-on with their inability to agree which watch was the best to come out of Basel, their unfiltered opinions when it comes to watch industry jargon, and Andy’s ever-entertaining watch spotting around a variety of spots all over their fine country. The team’s video crew is quite talented, and you’ll want to keep an eye out for their brief-yet-efficient “Gone in 60 Seconds” short-form review videos first and foremost.

A Blog To Watch

Much can be said about Ariel Adams and the crew at A Blog To Watch, effectively one of the early pioneers of the watch blogging world. Covering every corner of the industry (right down to sponsored posts about Kickstarter watch startups), if there’s one thing about the site’s tone you’ll pick up on right away it’s that nothing is ever perfect. No matter how much he or his crack team fall head-over-heels in love over a particular piece, there will ALWAYS be a small nitpick of some sorts that take it down from a 100% win to a 99.5%. That said, there’s nothing wrong about knowing that every watch has a shortcoming, as there are some details that will matter more to one collector than they will to another.

Ok, ok, you all had to know this was coming. Hodinkee, the web’s “elevated” watch blog, has become quite the powerhouse over the years, having absorbed more and more talented writers from the likes of Watch Journal, IW Magazine, Watch Time, and others. From live videos to hands on reviews the brand has a well-rounded approach to the industry, albeit of a particularly serious tone (mostly). They also curate an interesting selection of vintage watches for sale, which although seem to me a bit of a conflict of interest, has unearthed some very interesting watches over the years in excellent condition.

Coming from a pre-owned watch retailer based in Atlanta, the Crown & Caliber blog wins points for its video-based storytelling above all else. In hiring the immensely talented videographer responsible for the early years of the automotive website Petrolicious, Crown & Caliber has been releasing a series of interview videos featuring prominent watch collectors of all shapes and sized, including George Bamford, RedBar founder Adam Craniotes, and even the founder of Petrolicious, Ted Gushue. Outside of these great stories they’ve also released high quality videos of a technical nature that look at how to identify fake watches, and timelapses of a complete teardown and rebuild of a Rolex Submariner (among others).

Though not a watch-centric site, those enamored with rugged watches that can take on the world will enjoy the regular features from Jason Heaton, Gear Patrol’s resident watch writer who you’ll also occasionally see grace the web pages of Hodinkee and ABTW. The brand has been expanding coverage into more industry news as well as covering the vintage market, but it’s Jason’s diving excursions that are the real treat you do not want to miss.

What’s On Her Wrist

Sadly the women’s watch world is brutally under-represented in the majority of watch editorial out there, with only a small smattering of women jockying for position in the editorial realm. Past experience has shown that the swiss watch industry is still full of the “old boys club”, making it even tougher for those of the fairer sex to get ahead. Barbara Palumbo is a relatively recent arrival in the watch world, coming from a strong background in jewelry, however her narrative and almost storytelling voice is one to be admired. Though she has worked for a few of the folks on her list, she also runs What’s On Her Wrist, which focuses on the industry as a whole, without overlooking the lovely ladies creations launched each year.