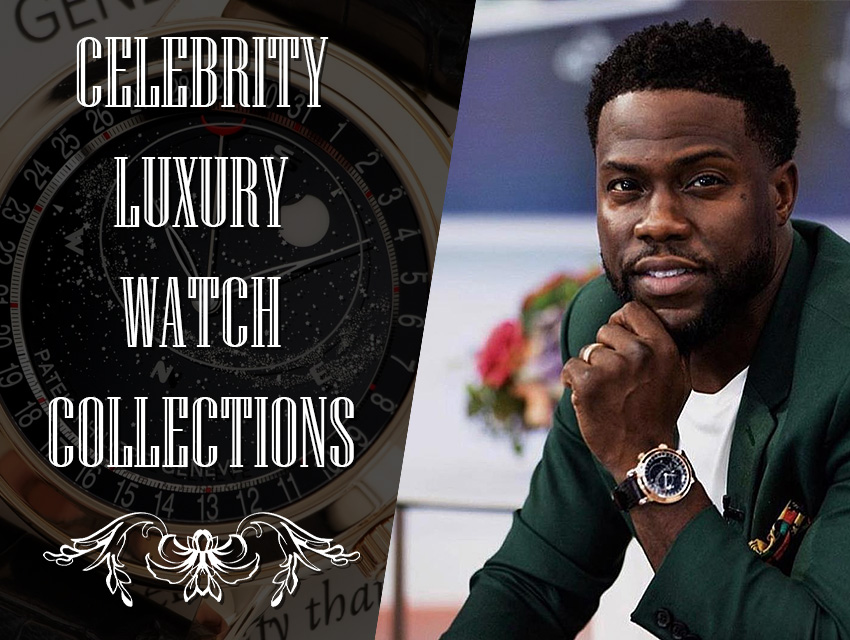 Thanks to their vast fortunes and widespread recognition, celebrities are often photographed with the latest or greatest luxury watches on their wrists. While many celebrities are paid by watchmakers to be brand ambassadors—George Clooney for Omega, Rami Malek for Cartier, Brad Pitt for Breitling, Bradley Cooper for IWC, Usain Bolt for Hublot, and Roger Federer for Rolex are just a few examples—other famous people collect them because, like us, they simply love watches. Here’s a round-up of some of the most superb celebrity luxury watch collections today.

Actor, producer, and restaurateur, Mark Wahlberg has come a long way from his days as Marky Mark to become one of Hollywood’s most powerful forces. While his long list of work is no doubt impressive, his collection of exceedingly luxurious watches is quite remarkable too. Judging by photographs, Mark Wahlberg’s watch collection seems to be comprised mostly of Rolex watches with a few Patek Philippes thrown in there for good measure. 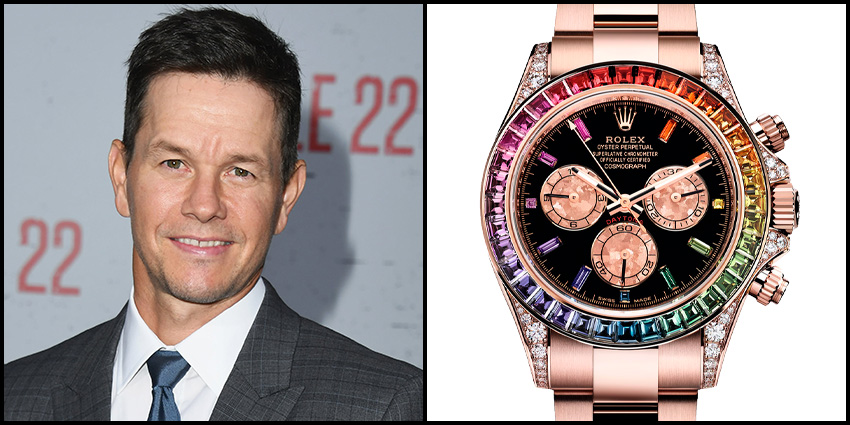 With a career that spans over four decades, actress, comedian, and television host, Ellen DeGeneres, is also the head of a business empire with several lifestyle brands, a recording label, and other ventures. Ellen DeGeneres has also amassed an incredible collection of top-notch watches, many of which make frequent appearances on her daily TV show. 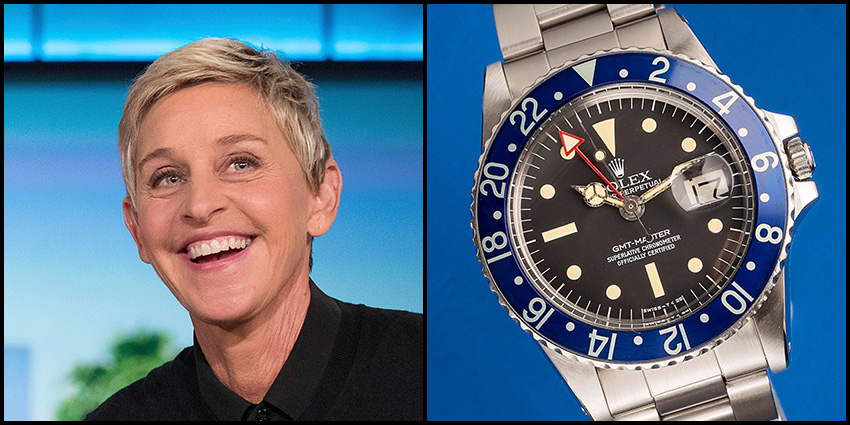 Whether it be with his stand-up specials, television shows, or movies, actor and comedian Kevin Hart has been making audiences laugh for years. But his watch collection is serious business and the star has admitted to buying a watch to mark each of his career milestones. 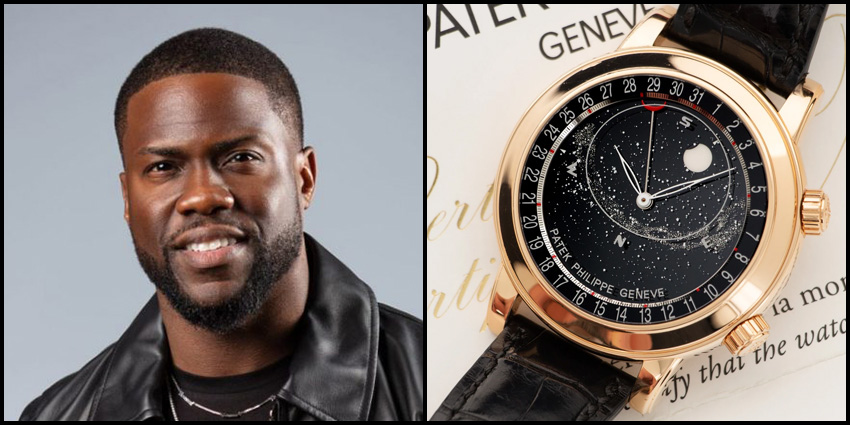 A wearer of both highly complicated timepieces and robust sports watches, Kevin Hart’s collection is dominated by watches from Patek Philippe, Audemars Piguet, Rolex, and Richard Mille. Plus, he appears to favor precious metal models. In addition to must-haves such as Nautilus, Daytonas, and Royal Oaks, some standout watches from his enormous collection include the Patek Philippe Celestial in rose gold, the Richard RM035 Gold Toro, Audemars Piguet Royal Oak Perpetual Calendar in black ceramic, and a white gold GMT-Master II with a black sapphire and diamond bezel.

To those outside the watch world, John Mayer is an accomplished singer-songwriter. However, to those inside timepiece collecting circles, he’s also a prominent watch enthusiast and once-regular contributor to the popular Hodinkee website. As a bonafide watch nerd, John Mayer’s collection is diverse, home to a variety of brands, eras, and styles. 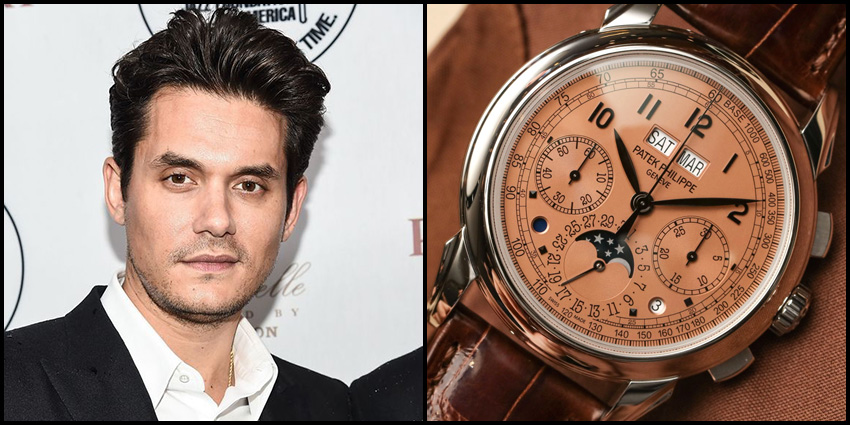 An obvious admirer of the Rolex Daytona, John Mayer owns so many variants, from collectible vintage pieces and supremely popular contemporary models to ultra-lavish gem-set editions. Another mainstay of John Mayer’s collection is Patek Philippe Perpetual Calendar Chronographs including a custom version with a salmon dial, a platinum and diamond edition, and a classic white gold model. John Mayer is also a prominent fan of IWC watches, often calling out the steel Big Pilot as one of his favorite pieces, which sits alongside a GST Chronograph, Aquatimer Jacques Cousteau, Portuguese Automatic, and more. Audemars Piguet watches are also a major feature of John Mayer’s collection and it seems complicated versions of the Royal Oak, such as perpetual calendars, tourbillons, in addition to some intriguing concept watches, are a big hit with the famous rock star.

With a net worth of over a billion dollars, Shawn Carter, better known as Jay-Z, is not only one of the most influential hip-hop artists of all time but a mega-successful businessman too. And his collection of fine timepieces is just as impressive. 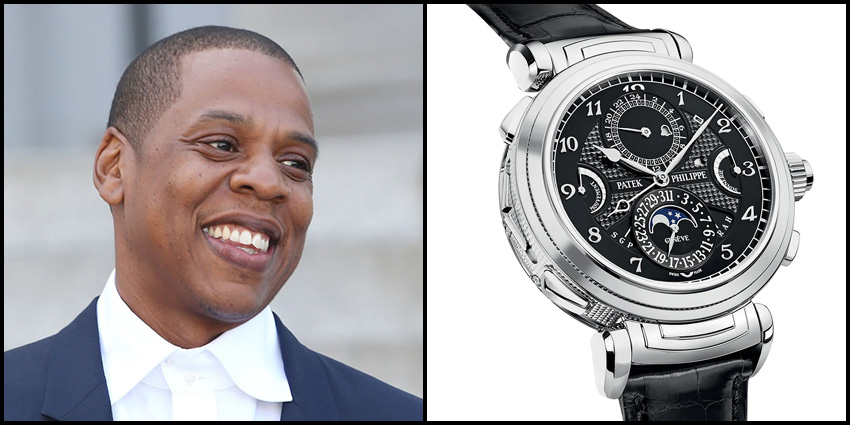 However, the real star of Jay-Z’s collection is the ultra-complicated white gold Patek Philippe Grandmaster Chime, worth north of $2.2 million, that he famously wore to Diddy’s 50th birthday bash.

As illustrated by the collections above, Rolex, Patek Philippe, and Audemars Piguet are beloved brands by the celebrity-set—which also happens to be the trio of watchmakers that are highly respected among almost all luxury watch collectors.

What are your thoughts on these watch collections and do you like their overall choices? Are there any other celebrity watch collections you’d like us to cover in the near future? Leave us your comments below.