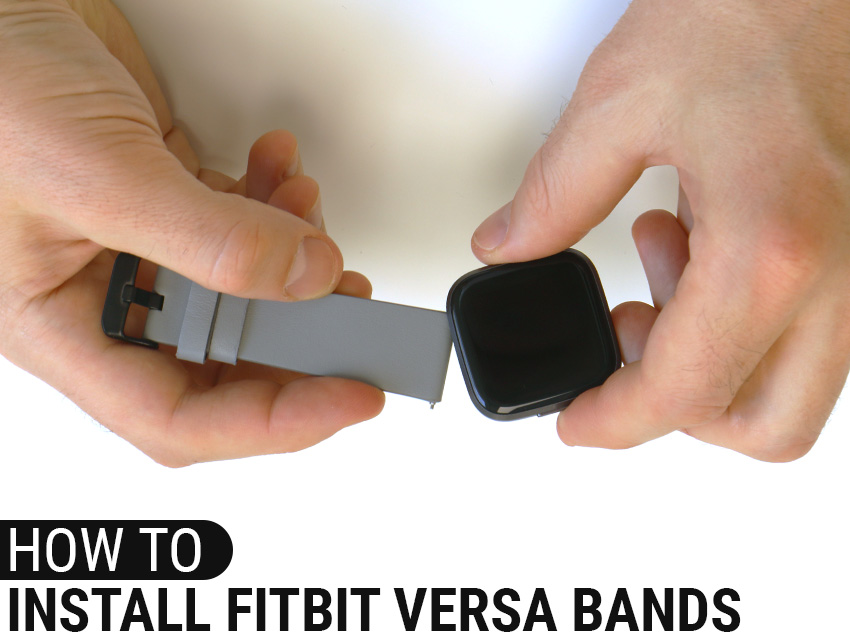 In this guide, we will demonstrate how to install a new band onto your Fitbit Versa, Fitbit Versa 2 or Fitbit Versa Lite device. Note that straps for any of the these Versa devices are inter-compatible with each other. No tools are needed for this process.

Before we begin, make sure to remove the old strap from your Fitbit Versa device, which is done by pulling down on the quick-release lever, as noted in step (3) of this guide, and pulling the band away from the device.

STEP (1): Begin by positioning the buckle half of the strap into the top of the Fitbit device, with one corner of the strap (the corner opposite the quick-release lever) nested into slot, as shown in the image below. 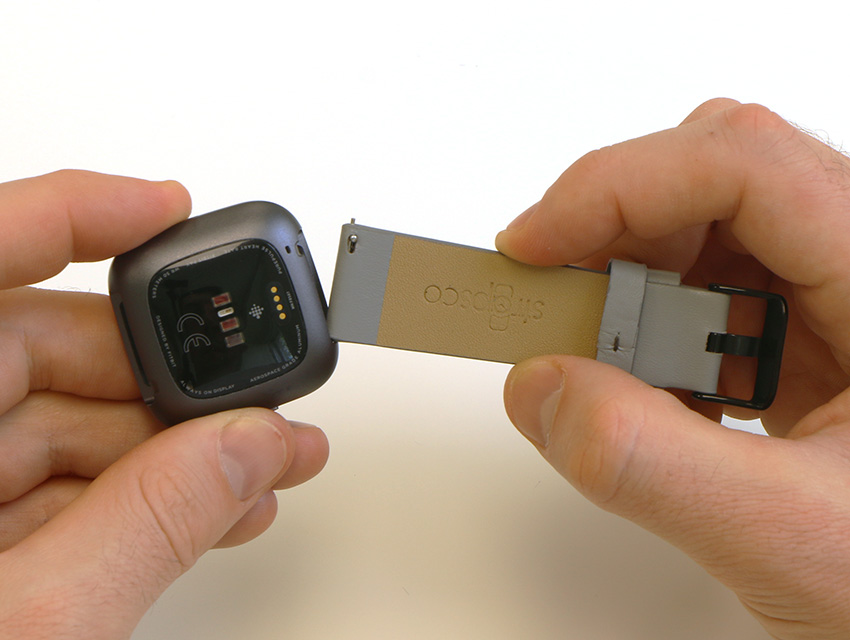 STEP (2): Bring the other corner of the strap towards the device, ensuring that your thumb is positioned comfortably to pull down on the quick-release lever (highlighted below). 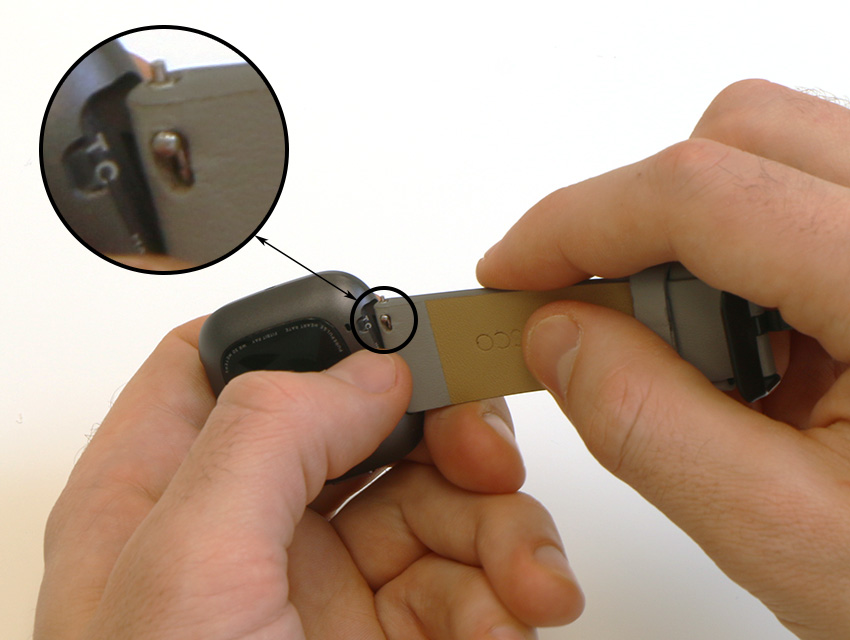 STEP (3): Pull down on the quick-release lever using your thumbnail to compress the spring bar as shown below, while fully nesting the other corner into the slot of the Fitbit device. 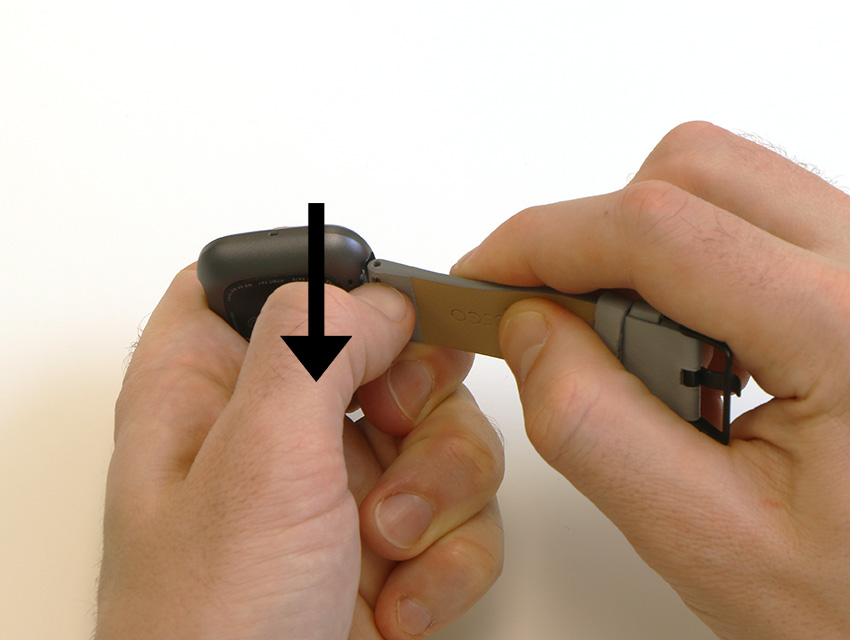 STEP (4): Push the strap firmly inwards towards the Fitbit device, ensuring that both ends of the spring bar have been inserted into their respective holes. 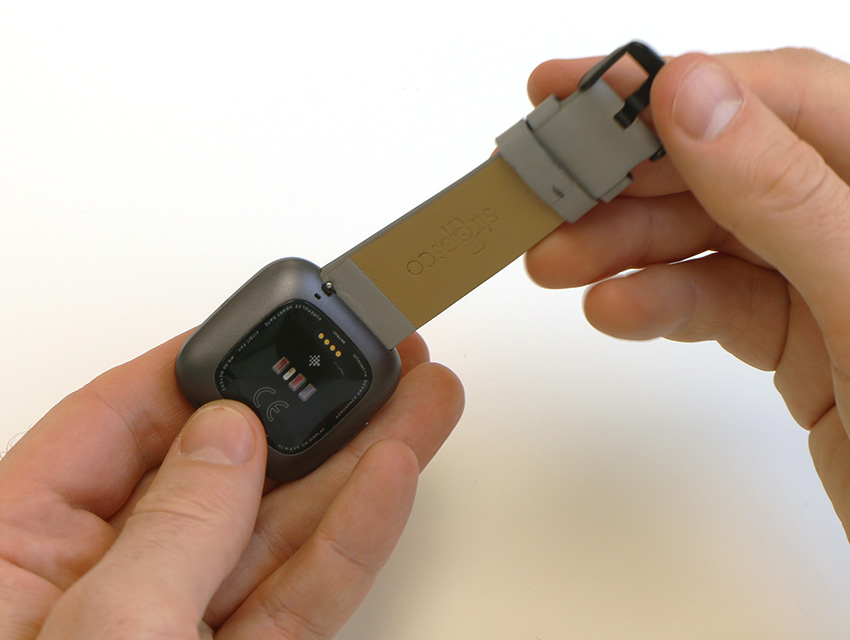 STEP (5): Gently tug on strap, pulling it away from the device, to ensure that it has been securely attached. 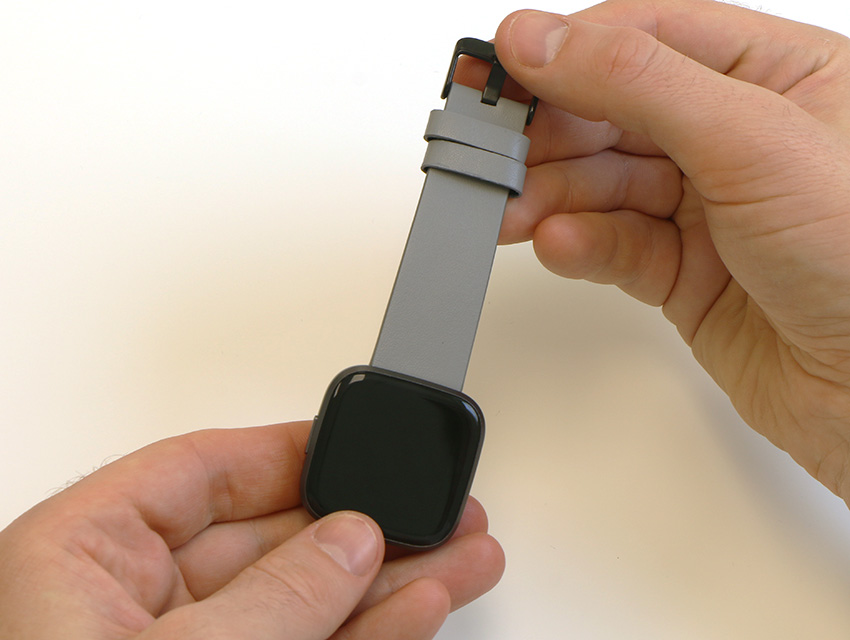 STEP (6): Repeat steps (1) to (5) with the long half of the strap so that both halves of the strap have been securely installed onto your Fitbit Versa. 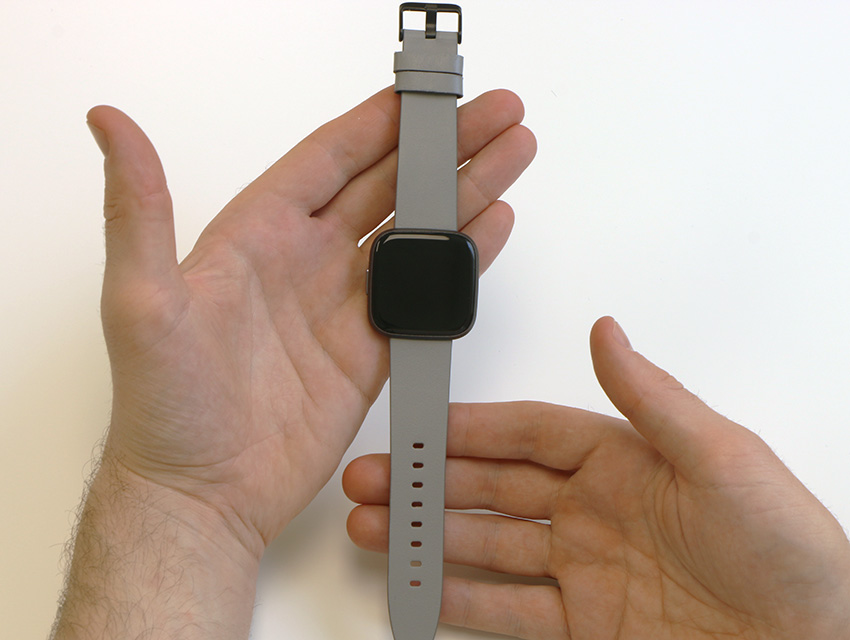 NOTE: Certain types Fitbit Versa straps (such as the rubber strap shown below) may need to be inserted into the Fitbit device at more of an angle, rather than straight in. In these cases, refer to the angle shown in the image below. The rest of the installation process is the same. 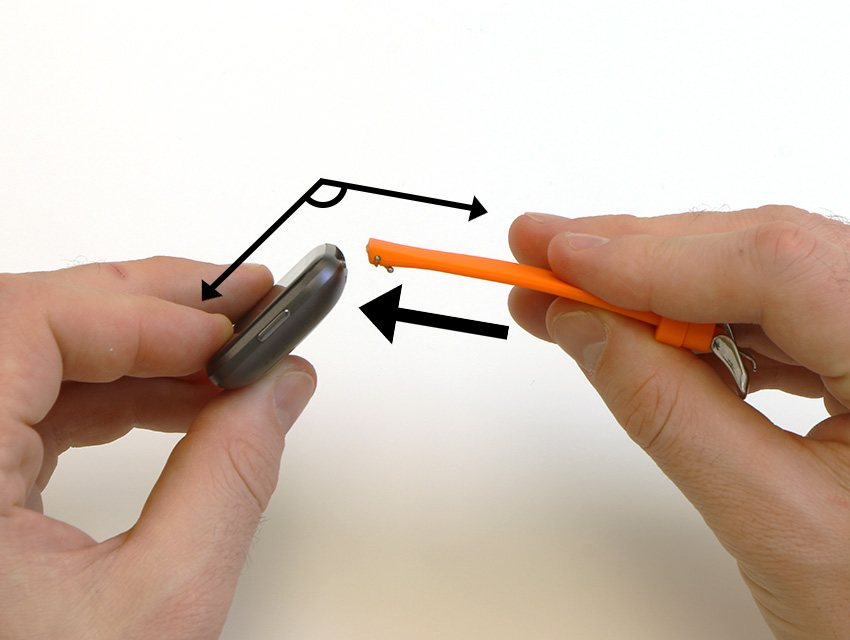